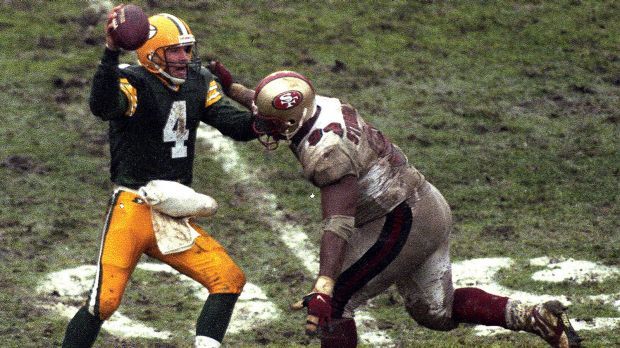 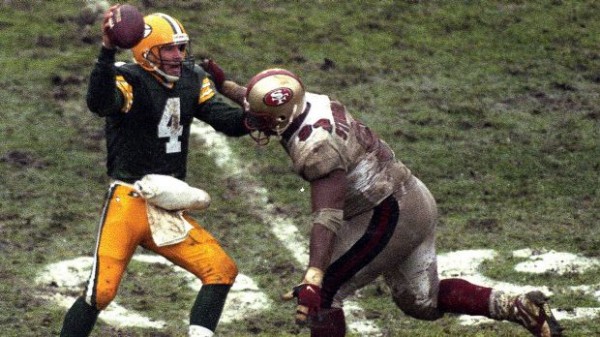 NFL Football is back, which means aside from making fun of the Jacksonville Jaguars and gawking over J.J. Watt, it’s time to start narrowing down the the nominees for the Pro Football Hall of Fame Class of 2016.

The 108 modern-day nominees were announced Wednesday night with two names in particular that every football fan should recognize immediately: Brett Favre and Terrell Owens.

Despite being a running joke amongst NFL fans for retiring and coming back numerous times, Favre is the most sure-fire first ballot Hall of Famer on the list. A 1997 Super Bowl XXXI Championship with the Green Bay Packers, three NFL MVP awards, and basically every passing record that Peyton Manning hasn’t broken yet make Favre a heavy favorite to have his bust in the Hall next year.

Let’s not put aside the other candidates just yet, however. Especially Terrell Owens. We all know he doesn’t like to feel excluded.

Easily one of the best wide receivers in the league’s history, Owens could do it all in his 15 professional years with five different franchises. And by do it all, I mean catch, run, block, and stir up controversy. He may be a member of the 10,000 receiving yards club, but he is probably most known for the latter.

In fact, you may remember Owens from such news stories as wearing a Dallas Cowboys jersey in 2004 after his Philadelphia Eagles lost to them. Or saying that they would be undefeated if he had Brett Favre passing to him instead of Donovan McNabb. Or spitting in DeAngelo Hall’s face. Or “That’s my quarterback.”

But at the end of the day, 153 receiving TDs, five All-Pro selections, and 2000s All-Decade Team honors should be more than enough to get him in based on football alone.

Brian Westbrook, Lawyer Milloy, Clinton Portis, and John Carney round out the other notable first-year-eligible nominees up for election. Alongside them are Terrell Davis, Tony Dungy, Morten Anderson, Kurt Warner, Marvin Harrison, and Jimmy Johnson, all of whom were finalists from the 2015 Class.

In a perfect world, all of these guys would be enshired next year, but there’s just not enough room on that stage.

Of all last year’s finalists, my money is on Terrell Davis. The 6th round pick out of Georgia was a huge part of the Broncos’ back-to-back victories in Super Bowls XXXII and XXXIII, earning Super Bowl MVP Honors in the first one. Davis finished his career with the 1998 NFL MVP, 1990s All-Decade Team Honors, and Broncos’ franchise records in rushing attempts, rushing yards, and rushing touchdowns. Not bad. Not bad at all.

After Davis, I like Marvin Harrison to get the nod. Eight Pro Bowls, a Super Bowl XLI ring, and every Indianapolis Colts’ franchise receiving record possible make him hard to overlook. He’s already in the Colts Ring of Honors, so it’s only a matter of time before he has a bust in Canton as well.

As much as I would love to see Kurt Warner get in next year, I feel he may be overshadowed by Favre this go-round. The first QB to make great success with two different franchises (St. Louis Rams and Arizona Cardinals) look easy may have to wait another year before hearing his name called.

Then again, let’s not rule out the possibility of another Favre comeback till the bust is actually on the wall.