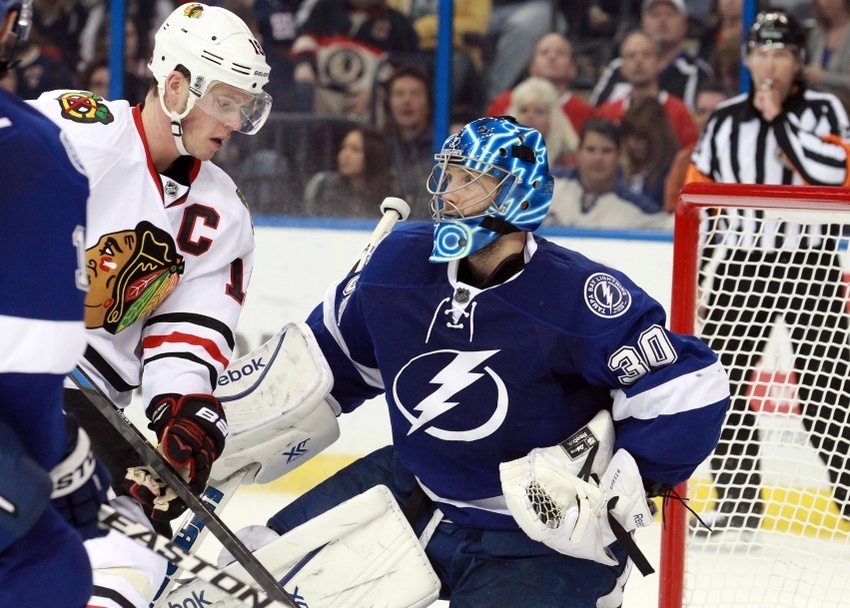 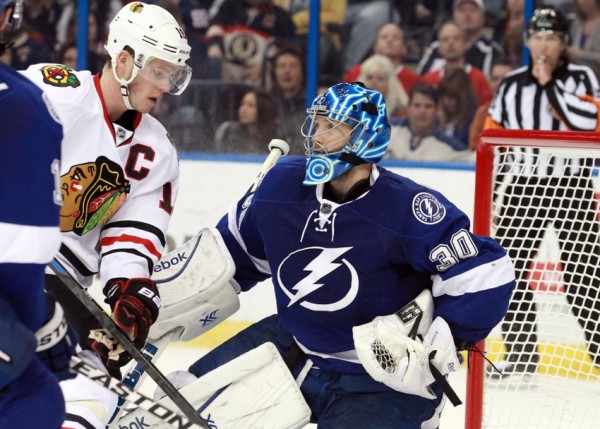 The Chicago Blackhawks and the Tampa Bay Lightning opened the 2015 Stanley Cup Finals on Wednesday night from Florida. Following a defensive battle, the Blackhawks took game one and in doing so they claimed home ice advantage in the NHL’s championship series.

A low-scoring affair, the Blackhawks’ offense appeared to arrive late for game one. Through the opening two periods, Chicago managed just 13 shots on net as the Lightning nursed a 1-0 lead on an early goal from Alex Killorn. However the ‘hawks snapped a couple wrist shots by Ben Bishop at 13:28 and 15:26 of the third, goals that were scored by Teuvo Teravainen and Antoine Vermette.

Tampa Bay, with only five shots in the entire third period, failed to mount an effective offense of their own. What resulted was a 2-1 steal-of-a-win for Chicago, a team that’s looking more and more like the forthcoming Stanley Cup champions.

Tampa Bay, if they are to recover, will have to wait until Saturday night before they get back on the ice. Game two will not be played until this weekend and that could make the bad loss harder for the Lightning to put in the past.

With the road-win to open the series, Chicago have to be feeling great knowing they now have home-ice advantage. The ‘hawks also have to be feeling good with the comeback win as they did not receive any offense from their most talented skaters. Jonathan Toews, Patrick Sharp, Patrick Kane, Marian Hossa, and Duncan Keith were all blanked for goals in game although the latter did tally an assist.

Betting odds on Chicago are shortening drastically following the win to open the series. Earlier this week, the ‘hawks were priced as long at -125 (ie. BetVictor), betting odds that I recommended taking. Now, following game one, the various sportsbooks are generally updating odds in the futures market for the Stanley Cup at about -300 on the ‘hawks straight-up (ie. Stan James and PaddyPower).

In my view, Tampa Bay would overachieve if they simply made it to game six in the Stanley Cup Finals. But a Chicago sweep is still priced at +1000 with Coral while the same firm has a +550 price on a 4-1 Chicago result.

Game two will be played on Saturday night with a start time of 7:15pm ET. That game could be called a near-do-or-die situation for Tampa Bay as so few teams win a series after losing games one and two in their own rink.