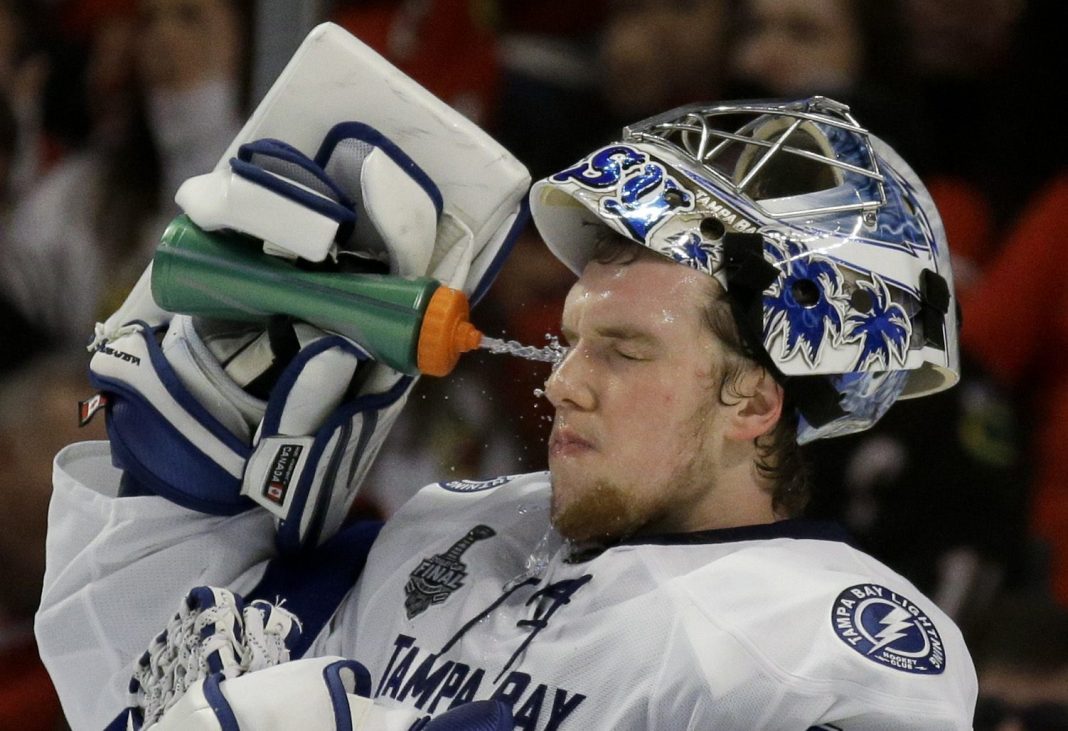 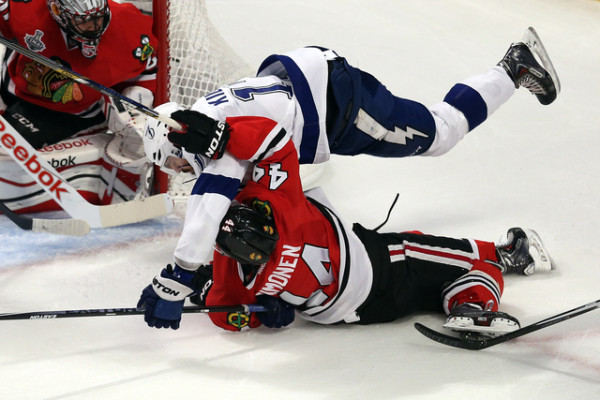 The 2015 Stanley Cup Finals are really heating up following Wednesday’s result from game four. The Chicago Blackhawks, after losing game three at home earlier this week, were in desperate need of a win. Under that pressure, the ‘hawks did earn a victory with a solid defensive effort, thereby leveling the NHL’s championship series at two games a piece.

Corey Crawford, the netminder for the ‘hawks proved instrumental in the 2-1 regulation victory. Playing the entire game, Crawford made 24 saves with just one goal against him, a performance that helped him improve his post-season record to 11-6-1.

Tampa Bay’s situation in net was a little bit different on Wednesday night and could be going forwards as well. Ben Bishop, TB’s regular goaltender has had some troubles throughout the series. It seemed that his lateral movements caused winces of pains in game three and, earlier on, he was in and out of the net twice in game two.

Apparently due to this, game four went to Andrei Vasilevskiy between the pipes, an inexperienced 20-year old goaltender from Russia. With the two goals that Chicago scored, ones that most goalies probably would have let in, it’s perhaps difficult to pin the loss on the young Russian. However Vasilevskiy posted just a .895 save percentage in the loss, which is a below standard rate.

Jon Cooper, the coach of the Lightning, did not attribute blame to his backup netminder for the loss. Commenting after the game, Cooper made the following statements:

“If you tell me we’re going to come in and he’s going to give up two goals, that’s a hell of a job in my book,” Cooper explained. “He showed the pinnacle of the sport, that he can play. That’s a pretty big achievement for a 20-year-old.” 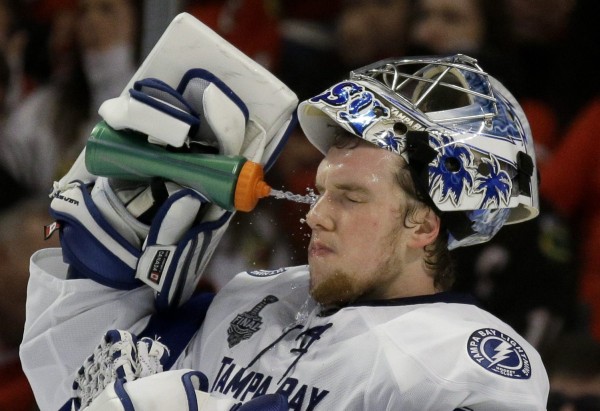 Cooper also commented on the status of his regular netminder:

“(Bishop) is going to play again in this series, there’s no question,” Cooper claimed before retreating into a big of ambiguity. “I just don’t know which game.”

The series will go at least six games so if Bishop is certainly going to play again then you’d expect him to be ready for game six. Depending on how game five goes for TB, they could be facing elimination on the road by that point. In my opinion, the net would not be left to an inexperienced goalie under those circumstances unless Bishop’s injury really merits the missed time.

On another matter, goal scorers for Chicago were both Jonathan Toews and Brandon Saad, their 10th and 8th goals of the post-season respectively. TB’s only goal came from Alex Killorn, his 9th goal of the post-season.

Game five will come from Tampa Bay however there will be a three-day break between games four and five. Look for the series to resume on Saturday night with a start time of 8pm ET.