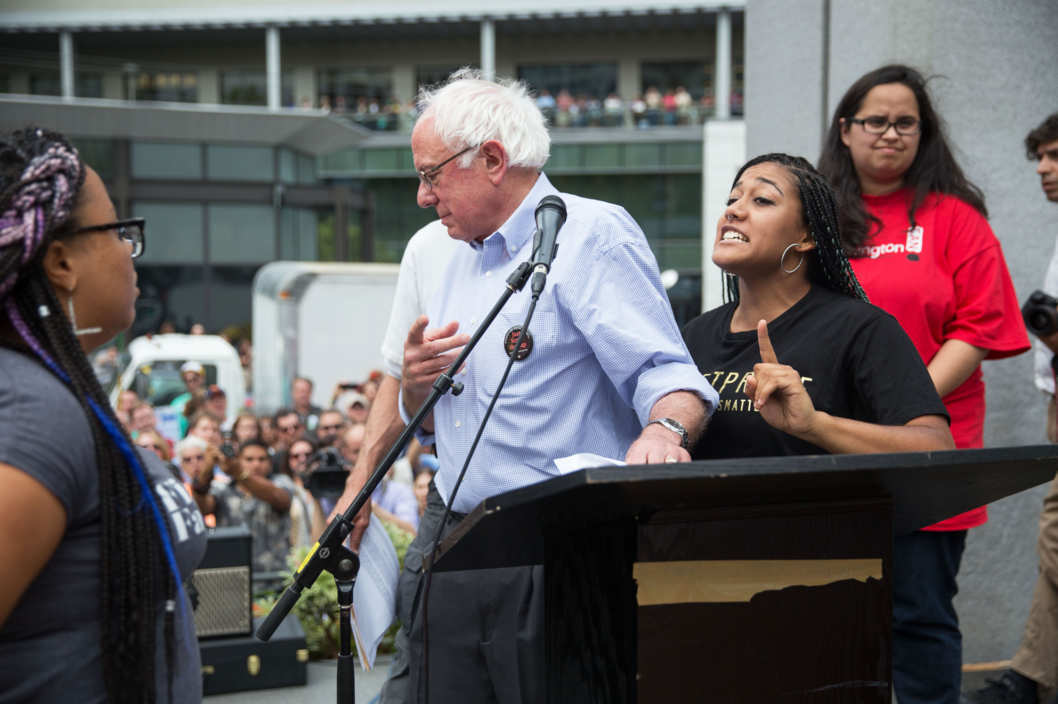 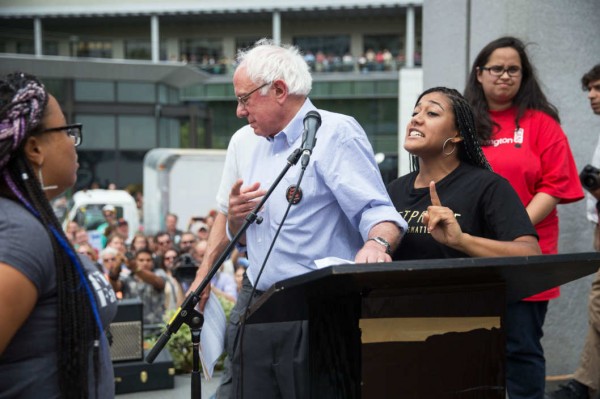 We live in a world where freedom of speech is a luxury that we take deep pride in. It has brought about various types of entities, organizations and movements, and there has perhaps been no bigger “movement” in recent memory than Black Lives Matter (BLM).

Rooted in the belief that black lives are wasting away at the hands of white people in authority and no one seems to care, members of the movement are unapologetic about their message AND the way in which they get their message across. The old saying, “by any means necessary” is the way of BLM supporters. But is that way of thinking really effective? The cold hard truth is “by any means necessary” is not always a good look and in fact, can hurt a movement or cause, in the eyes of not only people who oppose it, but of those whom the efforts are trying to empower and build up.

Recently, BLM organizers interrupted a Bernie Sanders rally in Seattle, WA. Sanders, a democratic presidential hopeful was in the middle of an event with hundreds of supporters looking on when activists Marissa Janae Johnson, and Mara Jacqeline Willaford not only interjected themselves into a gathering put on by the camp of a presidential hopeful who actually gives some glimmer of hope of being on black folks side, they were really rude about it. And my question simply is why? 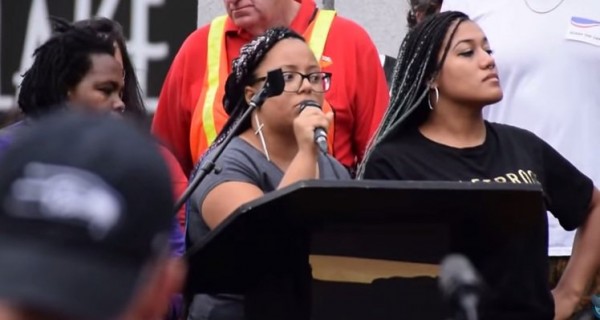 It makes me think of how people have yet to learn the difference between being heard and looking like fools. In the world of activism and causes, all publicity is not good publicity and these two women (and those that support what they did) missed the mark. Plan and simple.

A part of my consternation for their actions comes from the fact that I just don’t trust people. In my experiences and the way that social media and our obsession with fame is today, people will do anything to get their 15 minutes. So yes, my first inclination is not to applaud their rude act and throw around the “by any means necessary”. My first inclination is to question their motives.

It would be different if it were a Donald Trump rally or a Rick Santorum event. These two guys are out of touch with the real world, have no idea what it’s like to be a part of the minority and don’t have to fear for their lives every time they see a police officer. But Bernie Sanders has shown himself friendly and supportive of the black cause. He has campaigned for issues that others have not touched or don’t deem important, which brings me to my initial first response question of Johnson and Willaford’s actions- “Why?”

They and others have to understand what really happens when they do shit like this. It’s like Christians being known for love and reaching sinners and then Westboro Baptist Church Members trolling soldiers’ funerals and gay pride events telling people they are going to hell. Their actions are out of line and don’t represent others who believe the same message they claim to.

These two protesters have received a lot of heat and rightfully so. They were messy, they were obnoxious… they were wrong. Not for feeling the way they do. Not for standing up for what they believe in or even wanting to bring attention to their cause, but for how they did it and I dare say, to whom they did it.

I’m not the only black person who feels this way either. Many others don’t agree with their tactics. I feel like it didn’t accomplish anything but add fuel to the fire for hateful opposition and threw a wrench in the progress that the Black Lives Matter movement has and seeks to make.

I hear supporters of what they did even comparing it to the sit ins and civil unrests of the 1960’s, but I think that all has a place and the Bernie Sanders event just wasn’t it.

Because the truth is, politicians seeking a position in office will say anything to get you to believe in them. It’s the ones in power who need to release “racial justice platform” campaigns and affect change as they are the ones who can do something about it now.