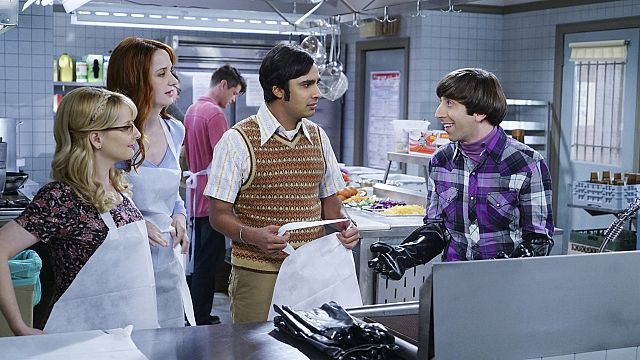 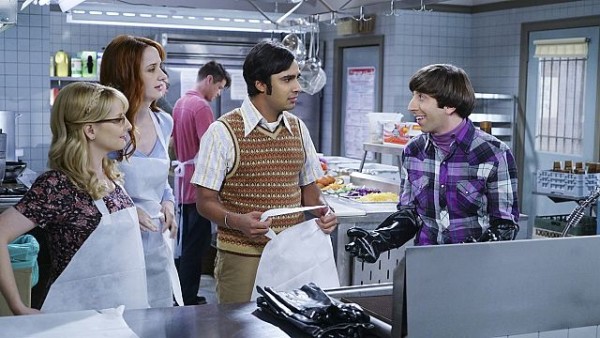 On this week’s episode of “The Big Bang Theory,” Sheldon said he had an extra ticket to a Thanksgiving buffet at the local aquarium and invited one of them to claim it. Penny and Leonard said they were cooking at home, and Howard and Bernadette were going to work at a soup kitchen.

Then he had a video chat with Amy to offer her the aquarium tickets. He told Amy to take one and give the other one to the guest of her choice, and Amy said she and Sheldon could go as friends. Emily and Raj went with Howard and Bernadette to the soup kitchen. They were turned away because no more volunteers were needed. Then the man running the soup kitchen changed his mind and let them volunteer.

Penny and Leonard prepared Thanksgiving dinner. Leonard asked Penny to log into his laptop with his birth date, but she didn’t know it. He said he wasn’t going to let her forget his birth date again. Leonard told Penny all of the things he knows about her. He slipped and got caught having read Penny’s journal to learn more about her. Leonard said reading Penny’s journal was an accident, and he only read it because he is a bookworm. He offered to let her read his online journal. Penny made Leonard read the most recent thing he had written about her.

Amy and Sheldon drove to the aquarium and discussed the topics they could safely talk about. After discussing the weather Amy told Sheldon they could have a conversation without establishing a list of safe topics. Sheldon said he knew Amy had been dating other men. Amy said she had been on six dates with three men for coffee or dinner but that she hadn’t slept with any of them. Amy asked Sheldon how he was doing since their breakup and said she wanted him to be happy.

Emily, Raj, Howard and Bernadette were asked to wash dishes at the soup kitchen. Raj said he read on the Internet that washing dishes could be a form of meditation. Then three people were needed to serve food and Raj, Bernadette and Emily ran to do it. While washing dishes, Howard met a volunteer named Elon Musk, whom Howard was a fan of. Elon asked him if he was ever going back into space. Eli said his company was always looking for engineers so he would stay in touch with Howard.

At the aquarium, Sheldon said the buffet was really bad. Sheldon asked Amy to place an ocean-themed game with him. While they were playing the game Amy admitted to missing being around Sheldon.

Leonard put on lingerie of Penny’s and told her to take a shaming photo of him and put it on Facebook, but she said she didn’t want to. Then everyone else walked into the apartment and saw Leonard in the lingerie. Leonard said he was glad Sheldon had fun with Amy. Sheldon then got a call from Amy, and she said she wanted to be Sheldon’s girlfriend again. Sheldon said he thought he just needed to be Amy’s friend.