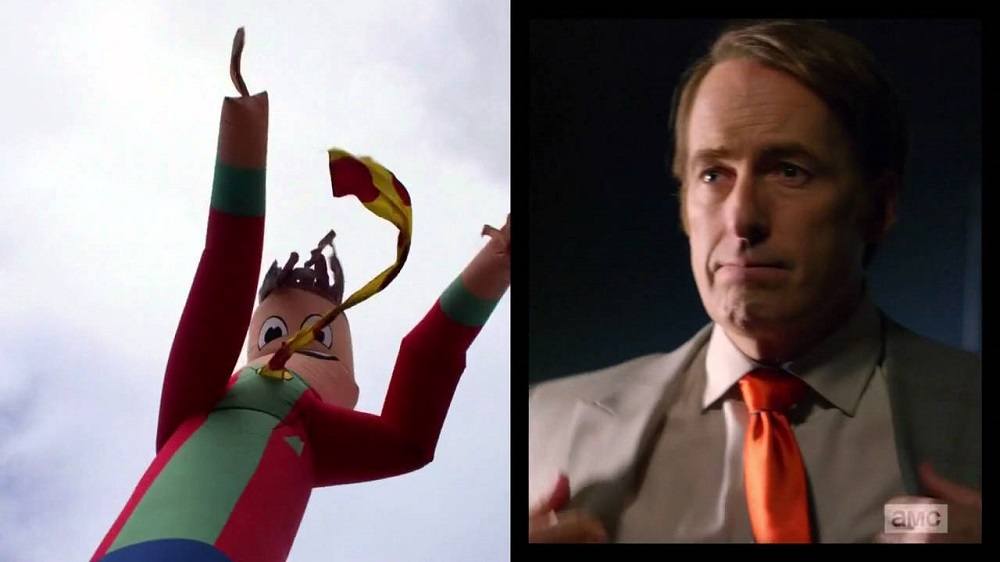 So maybe Chuck was wrong about his little brother skimming money from their old man’s store back in the day. It looked like the missing $14K over the years might have been through the dad giving handouts to every hard luck story that walked in the door.

Nope. It was Jimmy. He wasn’t a bad kid. He just chose to be a wolf instead of a sheep. That advice came from the scammer we saw in the opening flashback. Little Jimmy tried to warn his dad about the guy, but when that did no good, he figured he might as well get in on the action.

The kid was pissed at his dad for being a sheep.

Mike had to recant his statement about Tuco, so Jimmy did most of the talking to detectives. Mike didn’t claim the gun for himself but said Tuco did not have the gun.

Jimmy’s explanation for Tuco’s prints on the gun?

“Maybe a bird dropped it out of the sky and fell in the guy’s hand.” Jimmy told the cops that was their problem to deal with. All he knew is that Mike wanted to correct his story.

After helping Mike out, Jimmy was about to quit his gig at Davis and Main. He’s having Omar craft his letter of resignation…until he’s told by his assistant that he will have to return the signing bonus.

That ended the letter right then and there!

Now Jimmy would have to get fired instead. So he could keep the handsome bonus. Shouldn’t be a problem getting run off for a guy like Jimmy.

Jimmy gets an idea from a blow-up attention getter waving in front of a business as to how to get canned.

He commences to wearing loud suits and ties to work. Then adds his juicer to the break room which turns into a nutrient-filled mess. Then he takes it down a notch as he stops flushing at the office restrooms. That was almost the last straw, but he needed to bring in some bagpipes to complete the deal.

Cliff told him he was fired, and the boss knew he did it to keep the bonus of course. He could not understand why Jimmy would want to leave a place that had treated him so well.

Jimmy told him simply, “I’m a square peg in a round hole.”

He was never gonna fit in, and honestly did the firm a favor by getting fired. He did want the desk to take with him, though. So he agreed to pay for it…$7,000!

Sure you want to leave a place willing to buy you a desk as valuable as a used Kia?

We know Kim and Jimmy are a good team, so he wants her to be his partner as he goes out on his own again. Jimmy wants her to turn down the new firm that’s offering her a job and to pay off her student debt to HHM.

She wants to know if Jimmy is going to play it straight once he’s on his own….out from under Erin the babysitter. Naturally he starts to lie. But he confesses he can’t promise that. He admits he’s going to be himself. It won’t work otherwise.

There is no doubt in Kim’s mind about this offer from her lover. It’s a terrible idea! She knows it and is honest enough to tell Jimmy she’s not down with it.

“You’ve got me as a partner. Just not as a law partner,” she said.

Jimmy’s hurt, but he has to know Kim is right for keeping a distance from him professionally. Her time as “The Lawyer in the Iron Mask” at HHM’s basement was pretty brutal.

Thankfully Jimmy is back in his old clunker. He’s done with the piece of shit Mercedes with the faulty cup holder. And Omar helps him move his high dollar desk back into his broom closet at the nail salon.

He’s back in the trenches, where he’s most comfortable.

Mike was absent much of this week’s show. He did find a house to buy for his son’s family, and we see him scouting out Hector’s crew late in the episode. I would imagine he’s looking to see what services he could offer them going forward since they are his best-paying clients so far.

Or he’s looking for a weak spot he can exploit later and profit even more.

How did Kim’s interview with Rick Schweikart and his partners go? Pretty great. Hiring her seemed to be a mere formality….until she calls Rick by her current boss’ name, Howard.

Kim suggests that they go to work under the same roof, but as separate solo practices. Great idea, but Jimmy seems a little hurt still.

She’ll share the power bill with him, but can’t trust him to be legally bound together on cases?

That’s right. And she’s doing the right thing. Jimmy’s lucky to have her at all so he better take what he can get. 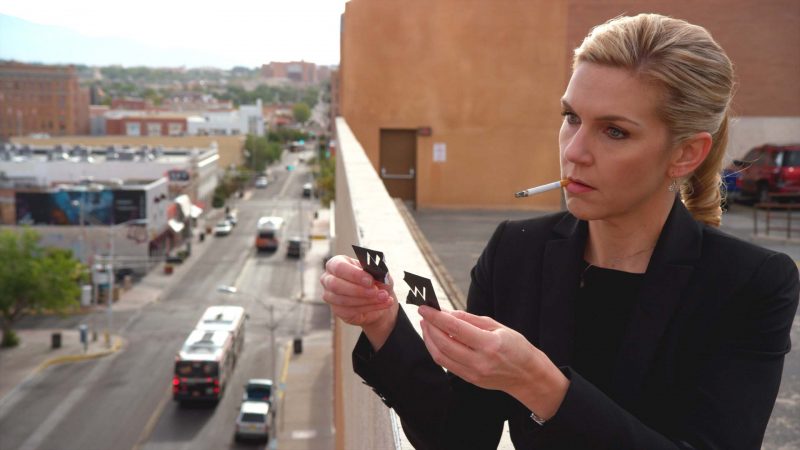 Would Kim have ever even thought of going on her own if not for Jimmy? I doubt it. She is a steady woman, not a risk taker. But Jimmy is rubbing off on her a little.

This season is flying by like all great shows. We are down to 8, 9, and 10 left for 2016. The birth of Saul is near as he’ll need to be as flamboyant as possible to rake in new clients.

And Mike’s story gets better each week, so I’m anxious to see how deep he gets in the criminal world the rest of season two.

Think Kim is making a mistake going out on her own? She is leaving a regular paycheck. Let me know in the comment section if you think she’ll end up crawling back to HHM.

And how long until Gus Fring shows up on BCS?