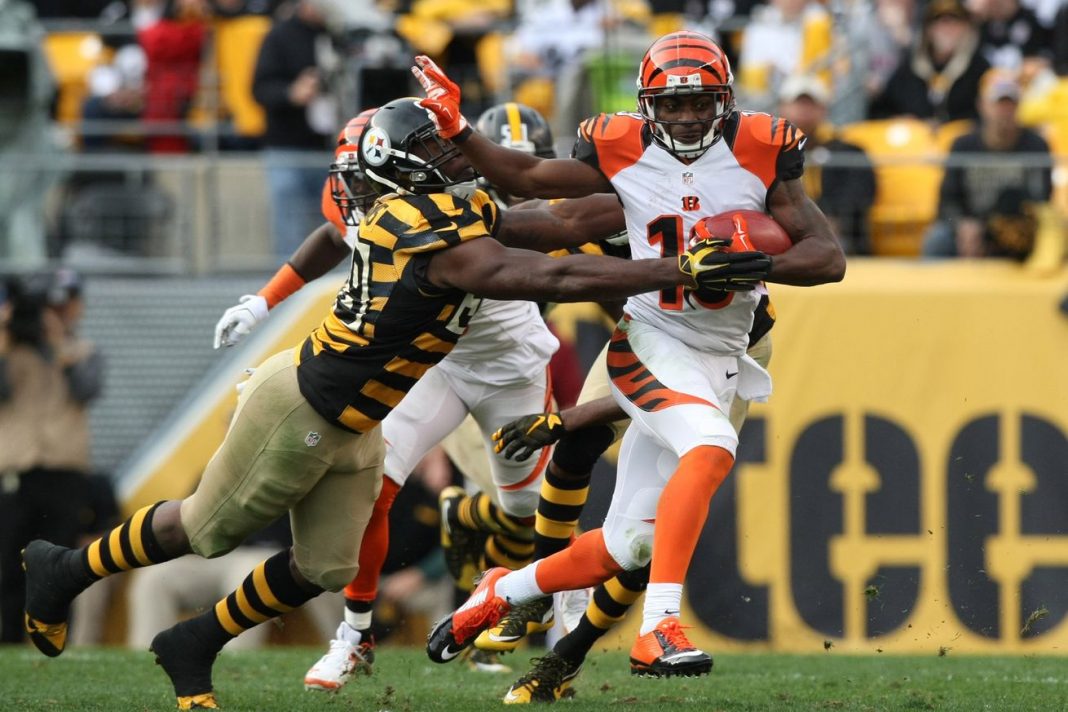 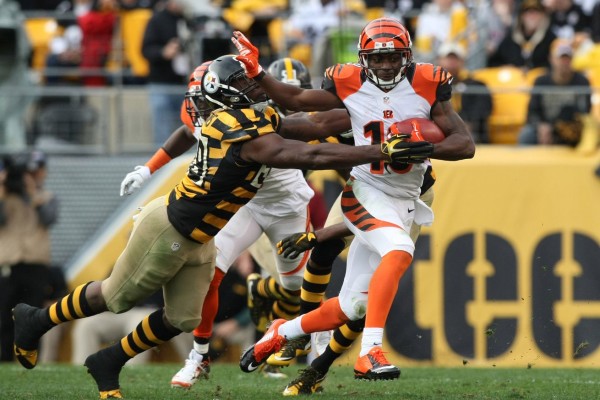 There are a handful of NFL teams that need to make big turnarounds in the offseason. But righting a sinking ship isn’t easy, so they have to make all the proper moves in order to compete with the Patriots and Seahawks of the NFL world.

The best way to get out of the rut of losing is to look at what the best teams are doing of course, then get in copycat mode.

The flip side of that also works. Taking a look at other losers in the League should provide a blueprint on what not to do in order to break the vicious cycle of losing streaks, off the field problems, and just a general culture of failure.

The Bengals provided just that bizarro blueprint last night against Pittsburgh in the final few minutes. What Cincinnati did in this game encapsulated how losers stay losers and winners stay winners.

How does a good coach like Marvin Lewis manage to lose all seven of his playoff games since becoming the Bengals head coach in 2003? Some bad luck and some out of control players.

And yes the guy can coach or else he wouldn’t have guided his team to seven postseason appearances.

The game against Pittsburgh went like many thought. Lots of pushing and shoving between two teams that really despise one another and the Bengals not being able to keep pace with Andy Dalton still out of the lineup. AJ McCarron versus Ben Roethlisberger isn’t a fair fight, and when the game got to 15 – 0, it looked like it was over.

But to Cincinnati’s credit, they mounted a comeback when Big Ben was knock out of the game temporarily by Vontaze Burfict on a nasty sack. The next drive saw AJ McCarron lead the Bengals down for a score then later they added a field goal to only be down 15 – 10.

A third drive ended up giving the Bengals the lead after a brilliant catch by AJ Green with two defenders rendered defenseless against the former Georgia star. The two point conversion failed miserably with an ill advised pass in the backfield.

Cincinnati was up 16 – 15 then had their foot on the throat of Pittsburgh as Vontaze Burfict intercepted backup Landry Jones. Cinci had the ball, momentum, and field position to wrap this game up.

Unfortunately, they also had history against them. It was not meant for Marvin Lewis to win a playoff game. The first step to the meltdown was Jeremy Hill fumbling the ball on the very first play after the Burfict pick, giving the Steelers the ball right back.

Step two in the meltdown came when “Ben of Nazareth,” to quote Primetime, re-entered the game with just 83 seconds left. Ben converted a fourth down and three to Antonio Brown to keep the drive alive and to keep the losing blueprint in tact for Marvin Lewis.

The biggest play happened next when Antonio Brown was popped in the head by Burfict after missing a pass over the middle. Burfict was flagged for unnecessary roughness which moved the ball to the Bengals 32 with only 18 seconds left.

In slo-mo the hit looked vicious to new age NFL fans. In real time, the hit was not awful. However, any hit that is direct to the dome of a defenseless receiver is going to get called, near the end of the game or not.

That 15-yard flag didn’t kill Cincinnati, but the 15 yards tacked on to Adam Jones for unsportsmanlike conduct did slit the throat of the Bengals’ playoff run. Jones, apparently forgetting the game was more important than showing Pittsburgh assistant coach Joey Porter he was the tougher man, lost his cool.

That resulted in the ball advancing to the 15-yard line. With that gift, Mike Tomlin didn’t wait another moment before sending out the field goal unit for a 32 yarder that was good and put his crew up 18 -16 with basically no time left. Tomlin figured he would not risk another play with Cincinatti so willing to hand the game over to his club.

This loss was incredible to watch unfold. Cincinatti never should have had a shot after being down 15 – 0 with a backup QB. Yet they fought back and ripped the lead from the high powered Steelers offense. Somehow though Cincinnati managed to spit in the face of good fortune and hand the game back to Pittsburgh.

The hit on Brown was not the heinous act that some of the talking heads will have you believe. That hit by Burfict used to be called hard nosed play. It simply won’t be tolerated in the new safety conscious NFL, but Burfict isn’t Charles Manson for trying to put a hit on a receiver. That wasn’t the only play in which a player was endangered by a headshot by the way.

What Pacman Jones did, I cannot defend. He let his ego cost his team the game. If he doesn’t go into an act-a-fool mode, then Chris Boswell is forced to kick a 50-yard field goal in the rain under a lot of pressure. Instead, the kicker gets a chip shot of 32 yards as a late Christmas gift from Jones.

Cincinnati under Marvin Lewis doesn’t have an overall culture of losing, just losing playoff games. You know, the most important ones. I don’t blame Jeremy Hill for the fumble. It was unfortunate, but we’ve seen it happen to running backs in big games before, and it’s almost tragic to watch.

Burfict maybe could have pulled up on the Brown hit, but I can’t fault him for being a football player. It’s possible he had the refs focusing on him on that play since he had been in almost every shoving match up to that point, though.

Pacman has been with Marvin Lewis since 2010 and after what happened in the final minute versus Pittsburgh on Saturday night, these two will forever be linked to losing. That’s a shame since five of the six years this tandem has been together the team has had winning seasons.

The difference between winning championships and being playoff fodder is pretty small most years. Football is a game of inches. It’s also a game of self-control. Eighteen more seconds of keeping his ego in check and maybe Pacman Jones is dumping Gatorade on his coach instead of crying on the bench with Lewis’ job in jeopardy after this monumental collapse.