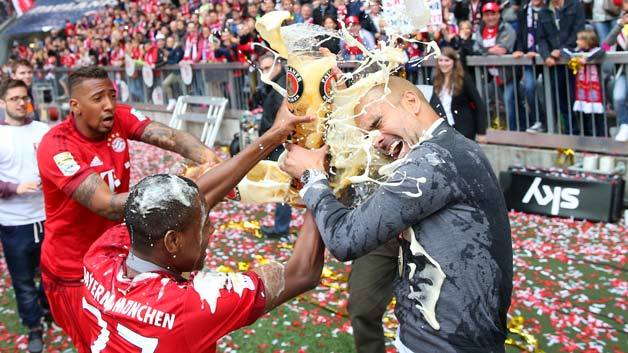 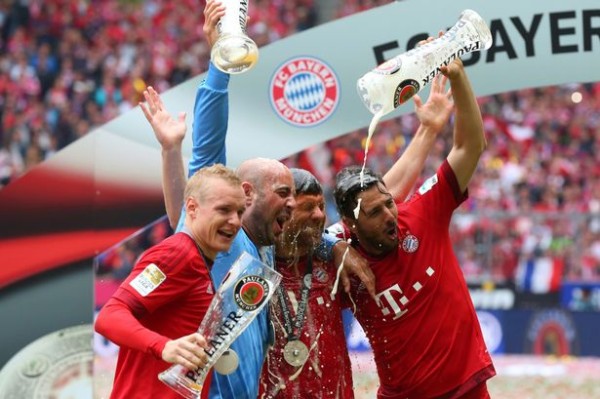 Alongside the English and Spanish leagues, the German Bundesliga league was also wrapped up at the weekend. Bayern Munich have added the 25th German championship to their trophy cabinet after dominating at the top of the table throughout the season.

After suffering a series of losses, Pep Guardiola’s men have ended the season on a positive note. They registered a 2 – 0 win over Mainz at the Allianz Arena, courtesy of goals by Lewandowski and Schweinsteiger. The Bavarians’ Spanish boss has hit back at the criticism after his team was eliminated from the Champions League by Barcelona. 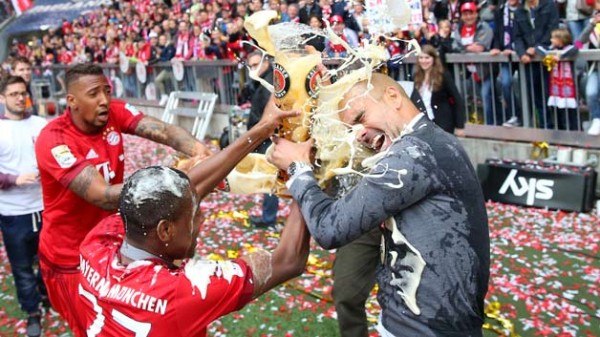 “If Bayern Munich are looking for a coach that has to win the treble every year then I’m not the one they want,” he told reporters at a press conference prior to their final match of the season. “I’m not good enough to do that.

“I’ve learnt that people talk too much here, my advice to my critics is to calm down. They should have more respect for the German champions.

“The Champions League might be the greatest crown in club football but, for us, winning the Bundesliga is the most important thing and we did that.”

VFL Wolfsburg managed to keep the runners-up spot despite a draw on the final day. They drew 2 – 2 at Cologne with Gustavo and Perisic netting one each for Wolfsburg. Monchengladbach’s loss to Augsburg also ensured their position at the second spot. Monchengladbach gave some stunning performances in the second half of the season except on the final day. But it won’t matter as they’ll now be going head to head with the other elite teams in Europe next season.

Bayer Leverkusen finished fourth on the Bundesliga table and they have also attained a place in the qualifying round for the Champions League group stages. Schalke lost on the last day, which has allowed Augsburg to grab the automatic qualification to the Europa league and Schalke will have to compete in the play-offs for the spot in group stages. Schalke were defeated 2 – 0 by Hamburg, who have qualified for the relegation play-off.

Against all odds Borussia Dortmund have managed to return back to Europe. Although the tournament wouldn’t be the top tier, but the Dortmund faithful would happily accept the opportunity after a disastrous season. Jurgen Klopp managed Dortmund for the last time on Saturday and his team didn’t disappoint him as they won 3 – 2 against Werder Bremen. Shinji Kagawa, Aubameyang and Mkhitaryan scored one each on the final day of the Bundesliga.

Freiburg lost 2 – 1 to Hannover and they’ll now be demoted to the second division. Hertha BSC has survived mainly because of the goal difference between them and Hamburg.

Alexander Meier of Frankfurt is the top goal scorer of the league with 19 goals in 34 matches. Robert Lewandowski along with Arjen Robben, who missed out the later part of the season, finished second with 17 goals.