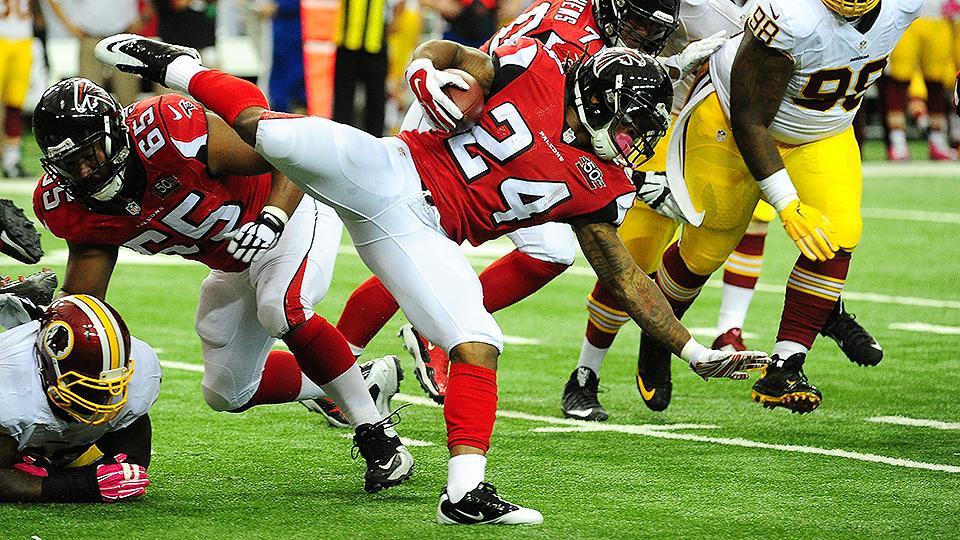 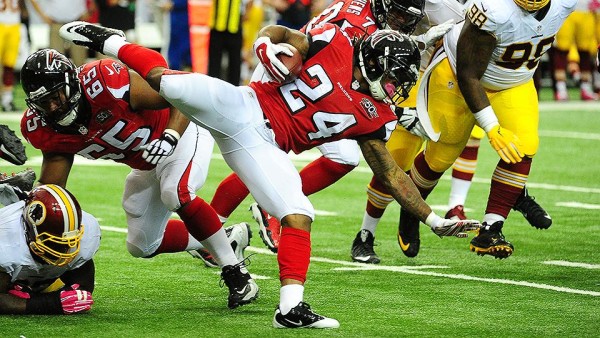 The football gods had mercy on me and my Atlanta Falcons this Sunday. I was blessed with some luxury suite tickets to the game after being punished for two Sundays in a row with no TV service courtesy of Comcast, AKA the devil. And Atlanta found a way to win after everything that could go wrong, did just that.

The two Matts had a rough outing in the Georgia Dome. Bryant missed two field goals, clanging the ball off the upright on back to back misses. Ryan had an ugly fumble and two interceptions that tested the newly dependable ATL defense.

The first half saw little scoring, but was still entertaining. Maybe it was boring for you common folk watching at home, but free beer and food made it seem like a shootout in the Super Suite.

Atlanta moved the ball. They simply could not stick it in the end zone.

The end of the first half had Washington up on the Dirty Birds 7-3.

The second half had more scoring drama, with four lead changes. Kirk Cousins was sacked just once for the game and was able to find the open man repeatedly, though hardly ever over the middle.

Julio had plenty of targets, but did not have the dominant type game we got spoiled with during the first three weeks. Roddy White was more involved this week and even had the entire Dome chanting his name once he registered his first catch. Fans wanted #84 to feel their appreciation after his discontentment came out last week. Matt Ryan even had to ask for quiet as he tried to run the next play. We Atlanta fans are not the brightest.

Devonta Freeman went off again. Three weeks in a row he has carried the offense. Without his production, Atlanta is not undefeated at this point. His apparent score late in the game was overturned due to the NFL’s disastrous stance on what a catch is and isn’t. Freeman did get six a couple plays later on a short run to put Atlanta up 19-16 after the extra point.

Freeman had 153 yards and a TD against PFF’s #1 rated run defense. He also became the first NFLer to score seven touchdowns in his first three starts.

Not bad for a guy that wasn’t even supposed to start this year.

Washington didn’t lay down after losing the lead with just 24 seconds left. Cousins marched his team down in a hurry to get a shot at tying it up with a FG. Dustin Hopkins’ 52 yarder looked like a lame duck that would never make it. However, it got over the crossbar and we headed for overtime.

For the record, the beer is still free during overtime in a luxury box. Drink fast though, it can end quick.

That’s just what happened when Kirk Cousins tossed a pick six to Robert Alford who returned it 59 yards for the walk off touchdown. I was hoping the kid would just go Bo Jackson and head right through the tunnel for the locker room.

The win put Atlanta at 5-0, but they get little rest before they head to New Orleans for a Thursday night game. The Saints are a tough out for the Falcons even though it appears New Orleans is in for a long year at 1-4.

Julio Watch: Jones was dealing with a hamstring problem all week and that could have been the reason for his off game. He had five catches, but never separated from defenders like we are used to seeing. He won’t have much time to heal up with his team set to travel to New Orleans for TNF. We could see Freeman called upon to carry the load again next week. He has been money so far.

No quit in this year’s version of the Birds.

#Falcons 1st team in NFL history to start 5-0 w/ 4 of those wins coming when trailing at some point in the 4th qtr pic.twitter.com/Lnaiu9BGRW

Quinn: "Clear demonstration of our toughness, our grit and a mindset to finish."