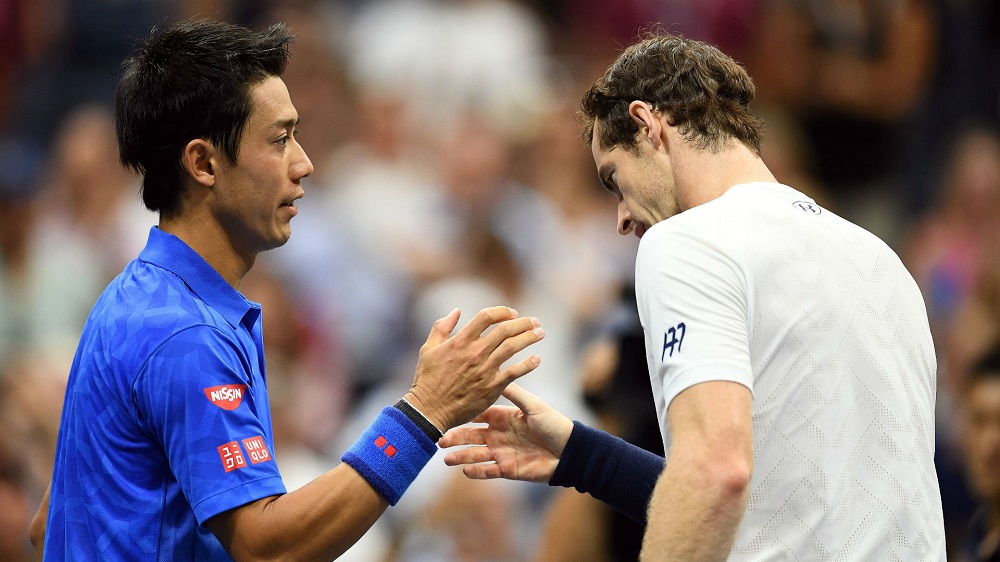 Andy Murray is out of the 2017 Australian Open following a shocking loss to Mischa Zverev on Sunday from Melbourne Park. However, the Scot’s No. 1 ranking is still safe. He will, in fact, lose a whole bunch of ranking points as his fourth-round appearance will replace a runner-up appearance from 2016, an exchange that amounts to a ‘net’ loss of 1040 points. However, the loss won’t directly end his current tenure as the World No. 1 as the older generation of players (#OldGen) will continue to dominate the tennis rankings.

But a fair question given what has happened at the Australian Open so far in the first week is if we are in for a changing of the guard in men’s tennis soon. Murray and Djokovic combined to win the first three Grand Slams of 2016, but both suffered upsets at the US Open last season. They’ve followed that up with two shocking losses at Melbourne Park now, perhaps hinting at the beginning of the end of their Grand Slam dominance. If that’s the case then there should be a window opening for the lost generation of men’s tennis (#LostGen) to start claiming some Slams.

As the best #LostGen player on the top half of the Melbourne Park draw this season he had a chance to get to the quarterfinals through 35-year old Roger Federer. However, that the #OldGen generally beats the #LostGen is exactly what has made the #LostGen the #LostGen in contemporary tennis. Nishikori fell to Roger Federer several hours after Murray went out. The Swiss Maestro is now certainly in the hunt for an appearance in the final. He has a quarterfinal against Zverev The Older (Mischa) and then, surviving that, a semifinal against either #OldGen Jo-Wilfried Tsonga or #OldGen Stan Wawrinka.

None of Raonic, Nishikori, Goffin, or Dimitrov has won a Grand Slam yet nor been ranked higher than 3rd in the world, Raonic’s current ranking. The window of opportunity is there for them in 2017, and they each are under pressure to claim some big titles. But just when #OldGen players in Djokovic and Murray start losing a bit in the Slams, super-#OldGen Federer peeks his nose back in, defying the natural order of things. It’s hard to picture Fed losing to Zverev The Older, although the Swiss certainly would not be a lock for the final with a shared draw with Tsonga and Wawrinka. 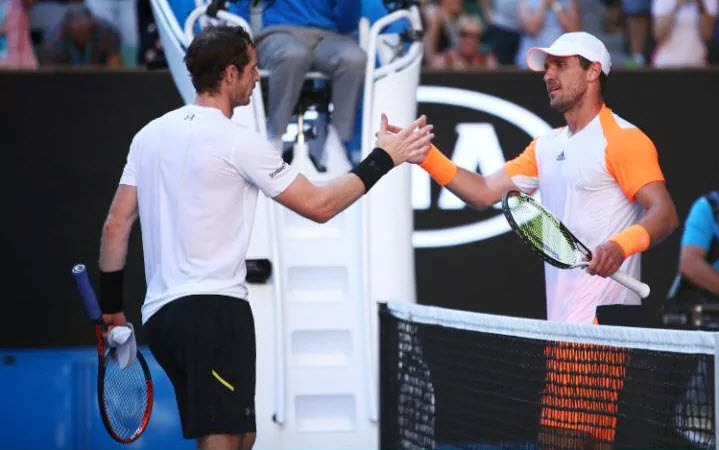 The #LostGen players better do something now – at the 2017 Australian Open – because it might not be that long before #NextGen players in Alexander Zverev and Dominic Thiem start rising to the occasion on tour. Tennis fans saw how close Zverev The Younger was on Saturday against #OldGen Rafael Nadal. Thiem, who is also still alive at Melbourne Park at the time of writing, made the French Open semifinals last season and he could be a force in the tournament for years to come due to his strong clay-court game. If Raonic, Goffin, or Dimitrov don’t rise up and win a title in Melbourne Park a fair question is if they ever will. Really, Zverev The Younger isn’t far off from becoming a top-10 player and it’s possible that he is a major factor at Wimbledon and the US Open later this year. Thiem is already a better clay courter than anyone in the #LostGen group so, if he’s healthy, that might put the French out of reach for who knows how long.

I wouldn’t go so far to say that it’s definitely now or never for the #LostGen group at this year’s Aussie. However, there’s definitely been no better time than the present for them to go out and start winning some titles and I don’t mean at the 250-series or 500-series level. The 2017 Australian Open is the first time that the top two seeds are out in a Grand Slam since way back at the 2004 French Open. That’s 67 Grand Slams ago, Gaston Gaudio’s dream come true, so tennis fans truly are seeing a major anomaly at the 2017 Aussie. If things follow the natural order then that should be the cue for the #LostGen or #NextGen to arrive – not for super-#OldGen Roger Federer to re-emerge.

The next week may truly be an incredible time in tennis history. The time for Raonic, Goffin, and Dimitrov is now. Djokovic’s out of the bottom of the draw, Nadal is 30, and Melbourne Park is the Spaniard’s worst major historically. Raonic, Goffin, or Dimitrov should survive the bottom of the draw with an elder veteran in the final, because there’s no spring chicken left on the top half of the draw. There is no time like the present for the lost generation of tennis to finally claim a Grand Slam, but if Federer beating Nishikori in five sets is any indicator perhaps the #LostGen will only cement their reputation. They are definitely late to the dance, but maybe tennis will go right from the Big Four era to clay-courting Thiem, Zverev The Younger, or who knows who else.

It’s a strange time in men’s tennis when the clock seems to be ticking faster on players aged 25 to 27 than it is on players in the 30+ crowd.