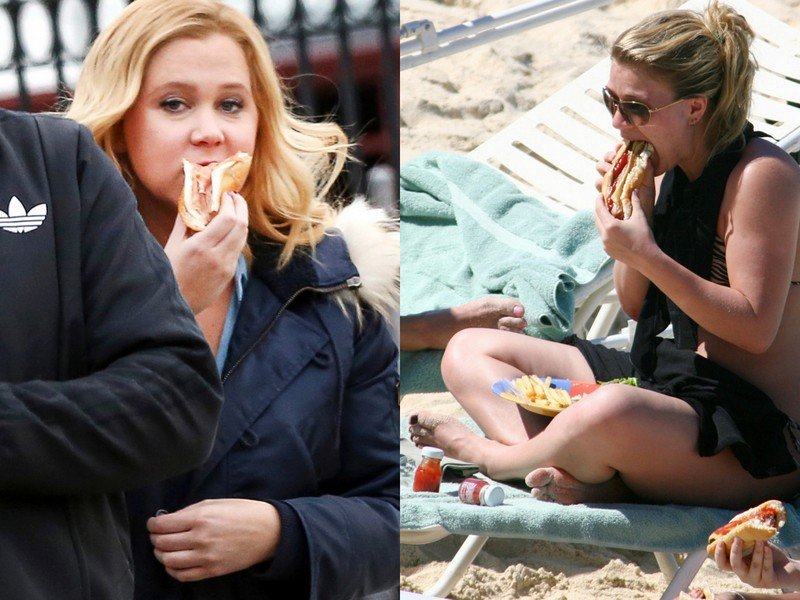 Usually, we see celebrities facing off against each other, as they try to post the most glamorous photos of themselves all over their social media pages. From perfect lighting to posing like a supermodel, celebrities are notorious for using their social media platforms to paint themselves as the picture of perfection and beauty. Therefore, it is definitely refreshing to see the latest banter between comedian Amy Schumer and singer Kelly Clarkson, who decided to post not-so-glamorous head shots. 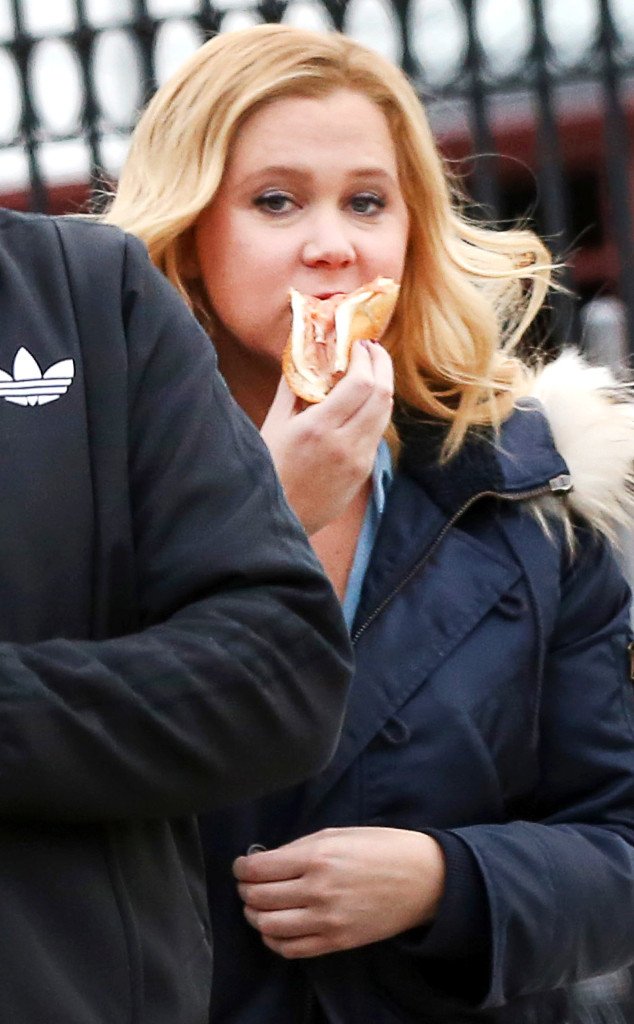 It all started when Amy replied to an article posted about her on Twitter. Alongside the Daily Mail article titled “Amy Schumer wolfs down ham sandwich between takes in New York,” Amy is seen thoroughly enjoying her food in not necessarily the most picturesque way. Following this Kelly decided she would get in on the fun and posted a picture of herself eating a hotdog while on the beach. Kelly playfully tweeted Amy saying, “I think we all have a “stuffing our face” pic and mine was in a bathing suit #winning.”

No! It was prosciutto from @defontesBrklyn I'm no sucka https://t.co/Qaue4eXtnb also that was a great joke! Love chava bracha 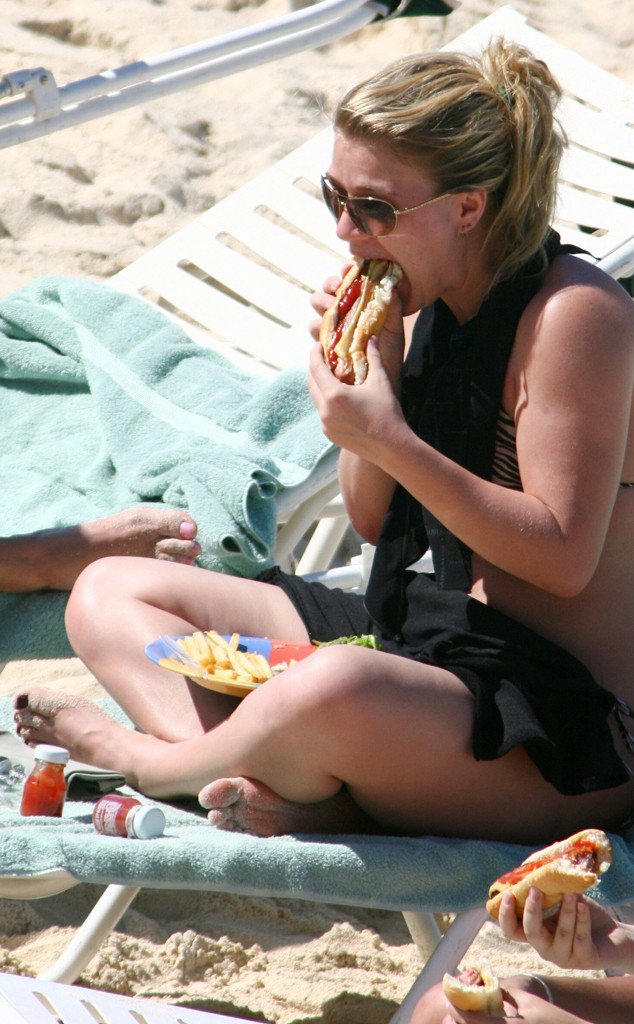 @amyschumer I think we all have a "stuffing our face" pic & mine was in a bathing suit #winning pic.twitter.com/FHseC2Aij8

Although Amy has become very good friends with down-to-earth and (equally comedic) actress Jennifer Lawrence, I think she should maybe invite Kelly to join in her elite crew – as finding a fellow celebrity who isn’t afraid to poke fun at themselves is definitely an oddity nowadays. 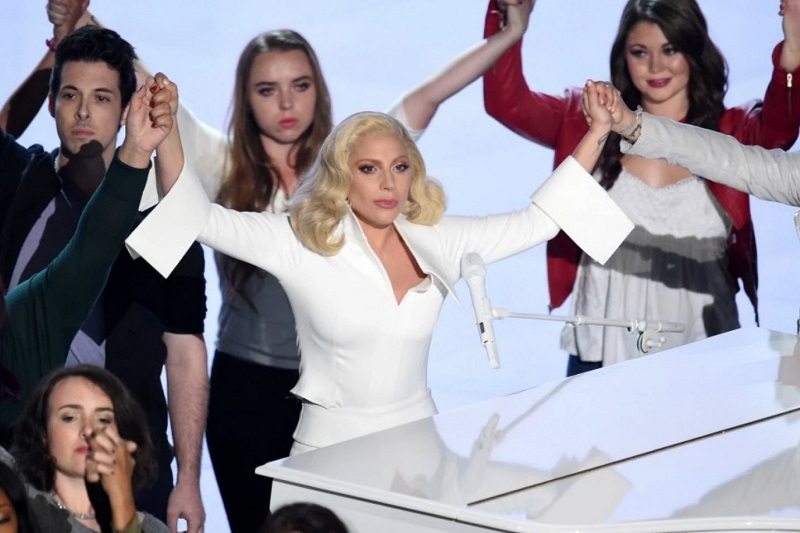 At the Oscars last weekend Lady Gaga delivered a powerful performance of her song “Till It Happens to You.” The song was written and produced by Gaga for the documentary film The Hunting Ground, which focuses on campus rape in the United States. While performing, Gaga invited numerous survivors of sexual violence and was able to make a notable statement about the controversial topic.

In the past, Gaga has talked openly about her own experience being raped. In addition, she has also revealed that her sister had been sexually assaulted while in college, and it had profound effect on her family.

On Friday, the American Horror Story actress called into The Elvis Duran and the Morning Show and further talked about her emotional performance that was dedicated to victims of sexual violence. She explained, “there’s definitely a stigma around this song in addition to there being a stigma around sexual assault that people kind of shut down when you start talking about it, and they don’t know what to say, and that’s actually what happens to people who have been through a traumatic experience. We shut down as well, so the conversation doesn’t really happen at all.”

Gaga went on to talk more personally about sexual abuse, claiming she has suffered from chronic physical pain for nearly a decade following her encounter with abuse. She went on to explain, “When something traumatic happens, your brain disconnects so that it can handle it. But, it stays in your body, in your tissues, physically in you.” In addition to the physical pain, the talented singer also admitted she hasn’t been able to work through her experience mentally. She stated, “It’s the thing that I am the most ashamed of in my life, and I’ve always felt that it was my fault. I have all the resources in the world to get through it, and I’m still not over it.”

Fortunately, Gaga was able to make a lasting impact through her performance at the 2016 Academy Awards. Following it, countless people spoke out about their thoughts or experiences with sexual abuse on social media. Hopefully, this conversation continues, and further support can be provided to those who fall victim to sexual violence.