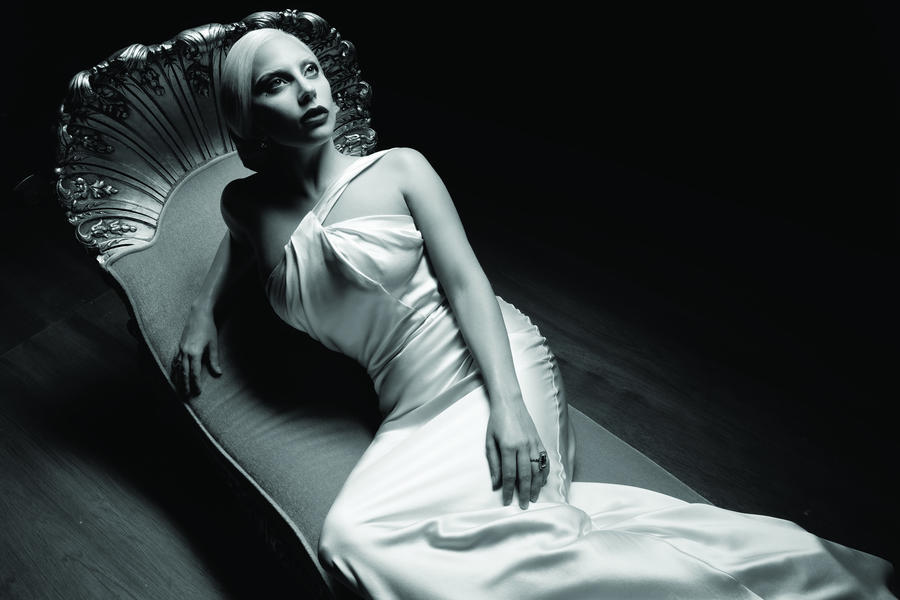 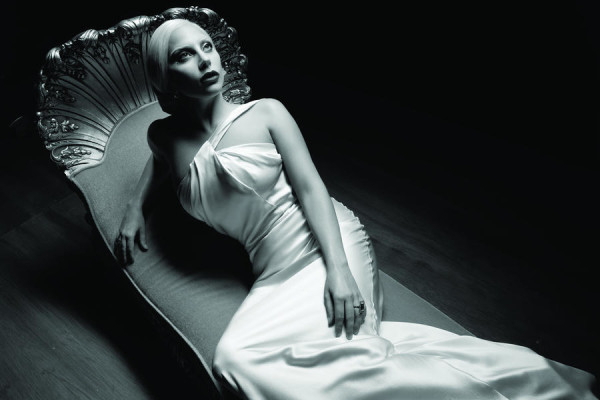 Tonight’s episode of American Horror Story: Hotel “Flicker,” dove deeper into The Countess’ (played by Lady Gaga) past. So far, audiences have learned that she uses her powers of seduction to lure in helpless victims, whom she often brutally kills and devours (being that she is a vampire). In addition, the last episode also showed that The Countess visited Dr. Montgomery in the Murder House from season 1. Here, she gave birth to her demonic, mysterious son, Bartholomew.

The episode begins with contractors working on some renovations under the supervision of new Hotel Cortez owner Will Drake. During their construction, they discover a secret hall, “that smells like death.” Unfortunately, the workers are unable to tell anyone about their discovery as they are soon after feasted on by two creepy beings, which seem to be vampires or some sort of zombie-like creatures.

Meanwhile, John is at the hospital seeking professional help for his apparent madness. He tells the doctor that he has had a hard time with his work and family, especially since he started investigating a series of murders based on the Ten Commandments. However, in a flashback it is revealed that John is actually admitting himself into the L.A. Health Center because he read in a file at the police department that the lead suspect in the murder case is also checked into the center.

Back at the hotel, Iris, and The Countess stumble upon the dismembered construction workers. Iris notes that she has never seen The Countess look so afraid. This spawns into a flashback of The Countess and where it all began.

The flashback showcases 1925, where The Countess was an actress on an Old Hollywood movie set. On set, hotshot actor Rudolph Valentino (played by Finn Wittrock) invites her to meet him after work. The Countess joins him for dinner at his mansion, where they dance and flirt throughout the night. However, he fails to tell her that he is still married to his wife, Natasha.

Shortly after, Natasha comes down the stairs and confronts The Countess, saying, “so you’re the mouse.” Evidently not upset, Natasha comforts The Countess and invites her to become part of the couple’s relationship.

Unfortunately, while, at a party at Hotel Cortez, The Countess learns that her love, Valentino had died. Immediately, she runs off to one of the hotel’s top floors and contemplates jumping out the window. However, Mr. March (Evan Peters) stops her, and they eventually wed, though The Countess didn’t truly love him.  Although she does walk in on him killing one of his countless victims, and tells him she would support his “hobby” if he picked victims of wealth and value.

The Countess continues to secretly grieve Valentino’s death but is shocked when she runs into Natasha and Valentino. The actor explains that he faked his death and was given a chance to preserve his movie star beauty by German director F.W. Murnau.

Murnau had traveled deep into the mountains when shooting one of his previous horror movies. When doing so, he encountered creatures with an “ancient blood virus” – aka vampires. Thus, Murnau was gifted with the immortal powers and wanted to pass it to Valentino so that he could live forever. In addition, Valentino had “shared” the gift with his wife, Natasha.

Eventually, the couple convinces The Countess to join in on their fun, and infect her with the “ancient blood virus.” Unfortunately, Mr. March secretly catches the couple seducing and converting his wife and plots his next move.

Meanwhile, Detective Lowe is roaming around the mental hospital, where he overhears the guard talking about a psycho killer staying in the restricted ward. Subsequently, he knocks the guard out, steals his set of keys, and finds his way into the off-limits ward.

In here, he meets a young girl named Wren. She tells John that she was there for all of the Ten Commandment murders and even helped the killer. She goes on to take the blame for the cruel murders, but she also reveals she had been tormented by her father who said he was going to make her his lover when she was of age. John tells her that it is her father that is to blame not her.

In a flashback, Wren reveals that The Countess, who converted her into a vampire, saved her from her father. John pleads her to tell him who the Ten Commandment killer is, and Wren tells him she will show him if he gets her out of the institution.

Back at the hotel, we see Valentino and Natasha feasting on an innocent hotel guest. Soon after, they make their way to devour a group of macho, male strippers who are staying in the hotel as well.

(Note: It turns out that the two vampire creatures in the beginning of the episode were Valentino and Natasha)

Also at the hotel, Mr. March (who is dead as it is present tense) greets The Countess to their monthly dinner together. The Countess reveals to her former husband that she is planning to marry Will Drake. Mr. March tells her that when she kills Will Drake she should do so off the property, so he doesn’t end up roaming the hotel forever.  However, The Countess tries to convince Mr. March that she has actually fallen in love.

The dinner cuts to a flashback, where it is revealed that Mr. March had The Countess’ lovers, Natasha, and Valentino, kidnapped. He then went on to lock them away behind the walls of the Hotel (which is what we saw in the beginning of the episode).

After hearing Mr. March’s confession, The Countess rages at his actions.

Lastly, Detective Lowe and Wren are seen escaping from the mental hospital. John tells her that when she brings him to the Ten Commandment killer he will kill him. Wren replies, “I really like you…I hate to see it end.” She then proceeds to run into the middle of traffic. From this scene, it seems as though she is hinting that John is somehow the killer.

Unfortunately, we will not find out more until the next episode.

You can catch episode 8 of American Horror Story: Hotel on December 2 on FX.