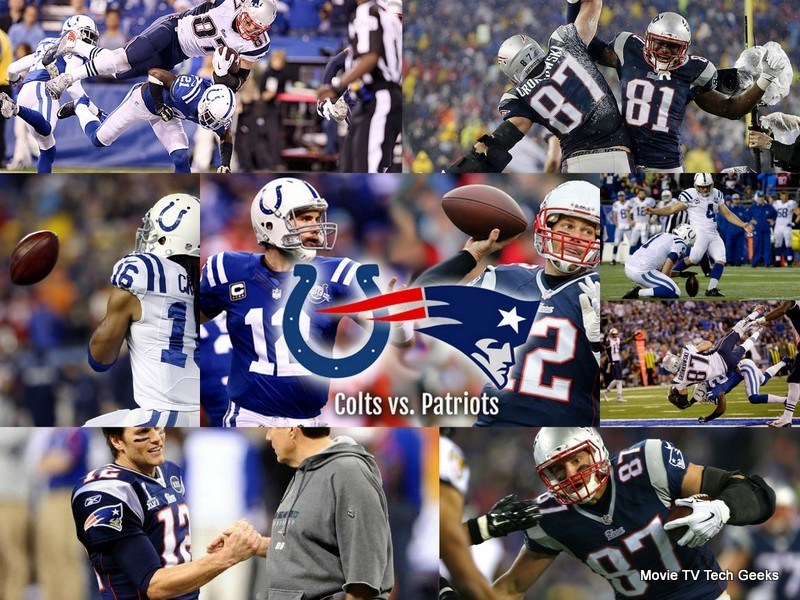 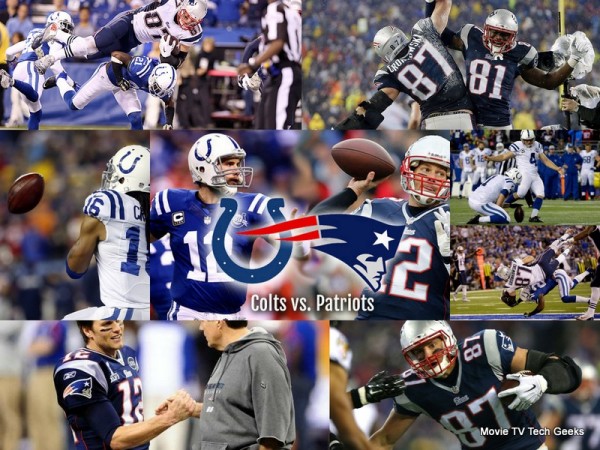 I hope New England fans realize how lucky they are to have Tom Brady and Bill Belichick on their side. These two can make a crew of also rans into a Super Bowl team, and look good doing it. The Patriots were just the better team versus the Colts on Sunday. I don’t think Indianapolis is as bad as they played. New England just got on a roll and kept it going until the end. 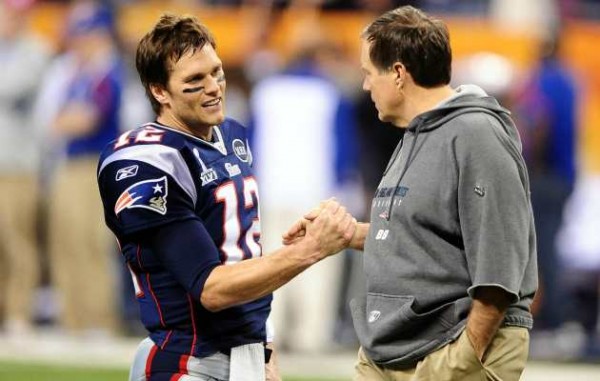 The Colts got the ball first and would need to keep pace early if they expected to win in Gillette Stadium. They failed on the first drive with Luck being off the mark. A punt came after an ugly three and done series. 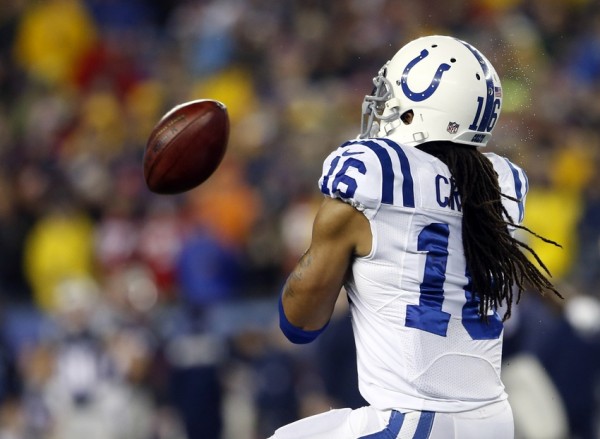 The Patriots were a buzz saw on offense on this day. The opening drive resulted in a punt however. Fortunately for the Pats, Josh Cribbs dropped the punt, giving it right back.

The next series was just a primer for the rest of the game. It was Blount doing major damage on the ground and Edelman making key catches. Blount scored after a quick two minute drive. New England up 7-0 on the upstart Colts. 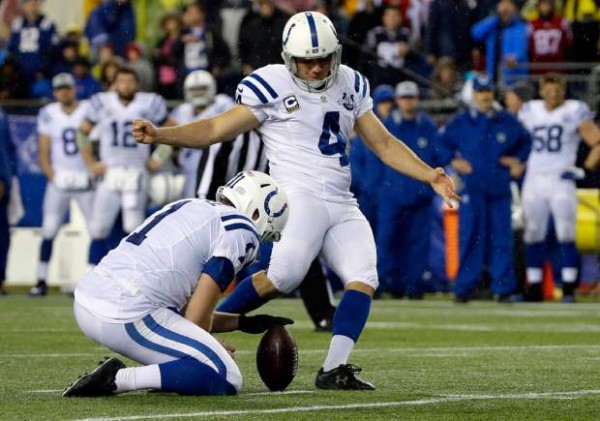 Indy’s next possession saw them keep the drive alive despite some key drops by Boom Herron. T.Y. Hilton made a nice grab to help the cause though. The old man Vinatieri came in for a 51 yard field goal attempt, but missed in his old stomping grounds.

New England kept the offense rolling with another nice drive. More Blount gashing the Colts defenders. Shane Vereen bailed out Brady on a pass that should have fell way short. I don’t know what kind of vitamins Julian Edelman began taking to start these playoffs, but I’d like to have some. He was a major player all game long. Brady to Develin for a one yard TD pass. 14-0 Pats.

The Colts punted on their next try on offense, leaving their defense hung out to dry once again. Indy’s D did make a big play against Brady as he tried to force it to Gronkowski over the middle. The pick by D’Qwell Jackson gave the Colts offense another shot.

Luck managed to move his crew with more success this go around. A ticky tack call on Vince Wilfork helped them out also. The drive ended on a touchdown pass to Zurlon Tipton. The drive wasn’t the prettiest, but seven points is seven points. 14-7 Pats. 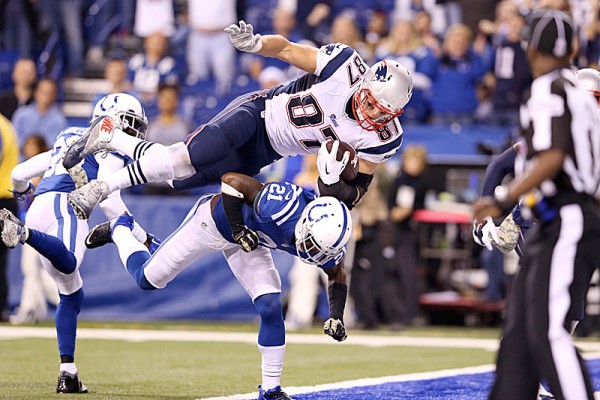 The Patriots got a nice kickoff return by Amendola to give Brady better field position at the 32 yard line. The Golden Boy drove his team down the throats of the Colts defense once again. They got help from a ticky tack call when Brady was hit a bit late. Blount was getting better with each drive and the Colts were not showing much resistance. Gronk dropped a TD pass, but interference could have been called. The Patriots settled for a FG to go ahead 17-7.

The Colts settled for this score and kneeled their way to halftime. 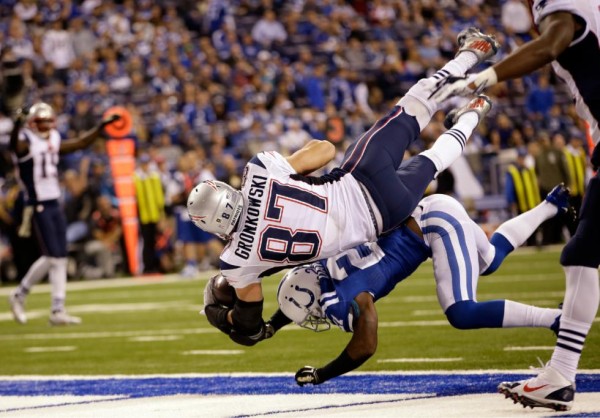 Brady and the boys got the ball to start the new half. Bad news for Colts fans. Belichick is not one to let an opponent up after they are down. Take note Mike McCarthy. Edelman made another third down conversion as was a theme for the entire contest. Blount was now embarrassing the Colts defense, getting the ball four straight plays at one point. That set up a 16 yard pass to Nate Solder. Yes a lineman catches another TD pass from Brady. 24-7 Patriots and the rout was on. There would be no comeback like in the NFC side of things.

The best thing the Colts could have done was throw the game plan out and threw the ball like crazy. That was the only shot they had, and it was a reach. But they continued their path going three plays with no success. You could hardly tell the Colts even had an offense if you judged by this one game. They were on the field very little.

Once New England got the ball back, there was horse blood in the water. Brady could smell it and he drove his club down the field to take away any fight left in the Colts. He hit LaFell and Edelman for nice gains, while Blount ripped the manhood from the D. Gronk scored on an unstoppable route to make it 31-7 Pats.

The Colts got the ball back only to have Luck throw a pick to Revis. The game was over at that point anyway, but Blount added a TD to go up 38-7, embarrassing a once proud Colts team. 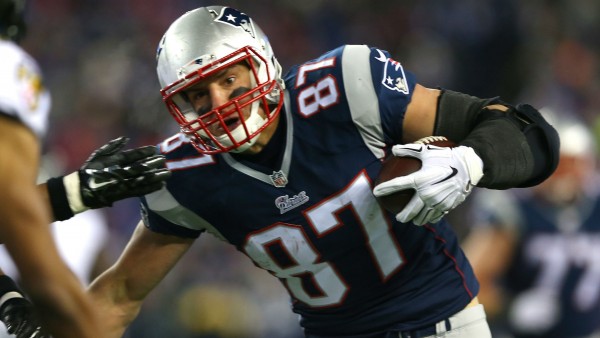 The rest of the game just played out mundanely as the result was obvious. Blount added another TD to make the score 45-7. The cast off from Pittsburgh ended the game with a dominant performance of 148 yards and three touchdowns. 45-7 was the final. Patriots earn a trip back to the big game. 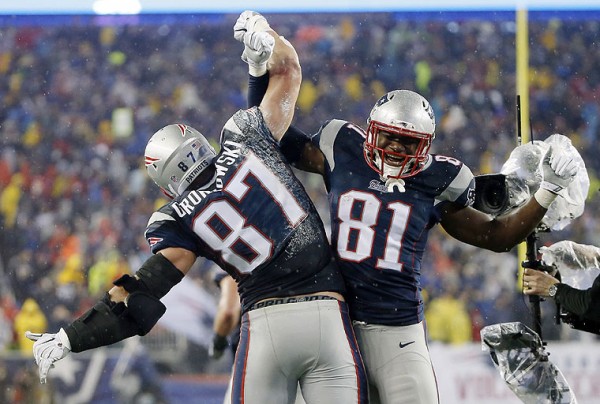 The best young passer in the NFL was erased in this game by Belichick and his defense. T.Y. Hilton was a non factor, with just one catch. It will be interesting to see how the Patriots handle Seattle’s rushing game in the Super Bowl. The coaching matchup between Pete Carroll and Bill Belichick is an interesting one indeed. Tom Brady won’t get many more chances at that elusive fourth ring. At least he doesn’t have to face the Giants again, but Seattle is a much better team than those New Yorkers who stopped the Patriots twice before.