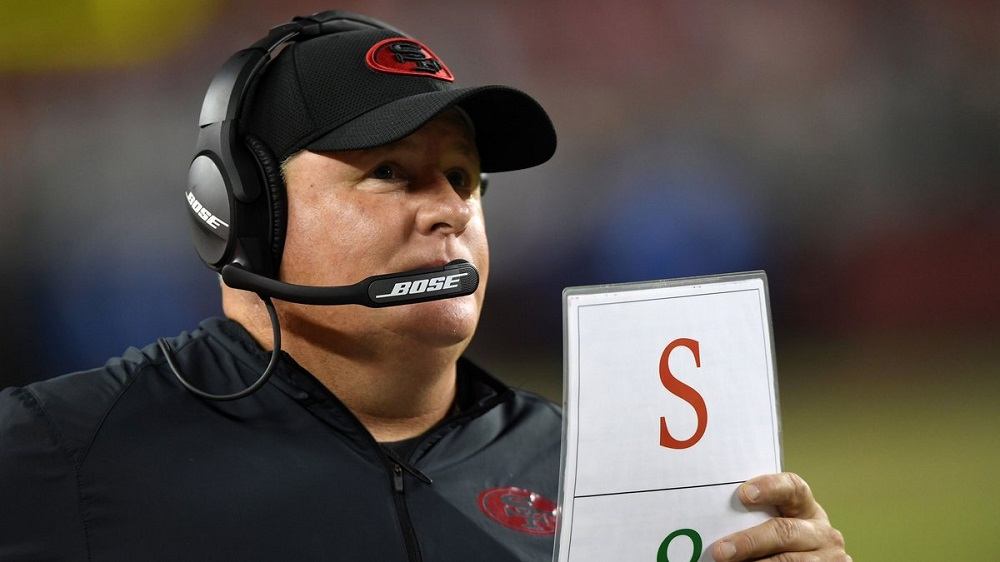 After another large defeat at the hands of the New Orleans Saints, the San Francisco 49ers drop to 1-7. Yet again, rumors are swirling that head coach Chip Kelly may seek a return to college football as his stock in the NFL continues to drop.

Kelly’s stint with the Philadelphia Eagles started well but ended with him completely taking over the team, trading away half the starters, and then failing miserably. Kelly, however, insists that he isn’t looking backwards toward his college days.

“It’s always been accurate,” said Kelly, confirming that his intention to stay in the pros is legitimate. “And I don’t have any representatives that are telling anybody anything. I haven’t talked to a college since I’ve been in the NFL and that’s not my goal. My goal is to be the head coach of the 49ers and that’s what I want to do. So, I don’t know why that’s a new—it surprises me that that continues to be a new story. It’s been the same story since I left four years ago. So, I’m not looking to go back, and that’s what I’ve always said. So, I don’t know why it’s still a story.”

Of course, things aren’t pretty in San Francisco right now. Quarterback Colin Kaepernick is the most divisive figure in the league, but it’s either him or Blaine Gabbert. Jim Harbaugh’s leaving, although it may have been best for the organization, certainly doesn’t help the team win. The big question now is, with the 49ers absolutely tanking this season after winning opening week versus the Los Angeles Rams, does the ownership give Kelly another few years?

I think so. I have a hard time believing that the Niners would bring anyone into this situation expecting immediate results. On the other hand, should Kelly get the axe this offseason, he may have a hard time finding another head coaching job in the NFL.

Then again, the Cleveland Browns are always looking for someone if he’s cool with another downgrade.