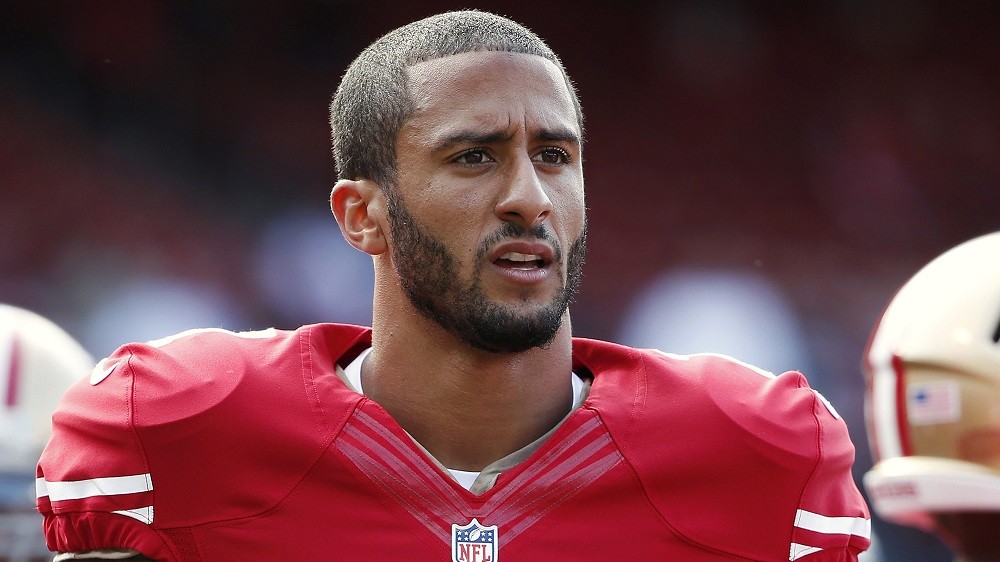 With the NFL season kicking off with a Super Bowl 50 rematch between the Denver Broncos and Carolina Panthers Thursday Night, the final cuts are pouring in. As teams around the league trim down to their final 53-man roster, quarterbacks found themselves on the move.

First, Colin Kaepernick narrowly avoided being let go by the San Francisco 49ers. Rumors had been swirling for weeks that Kaepernick was on the roster bubble, but after the National Anthem protest, he has secured a spot. Cutting him would have more than likely caused a national uproar over whether or not the 49ers are punishing Kaep for his stance.

He’s not good. It has nothing to do with his protest. But better to avoid that accusation.

Denver Broncos quarterback Mark Sanchez wasn’t so fortunate. After failing to find a trading partner for the infamous butt-fumbler, the Broncos decided to cut Sanchez. With 99 career touchdowns and 108 turnovers, it’s hard to blame them. He’s not found a new home with the Dallas Cowboys.

Trevor Siemian, the 2015 seventh-round pick, will make the start for the defending Super Bowl Champions until he is inevitably replaced by rookie Paxton Lynch.

Finally, and possibly the biggest surprise of the preseason, the Minnesota Vikings sent a 2017 first-round pick and a conditional 2018 fourth-round selection to the Philadelphia Eagles in exchange for Sam Bradford.

That’s right; someone wanted Bradford enough to give up a first rounder for him. I understand Teddy Bridgewater screwed up his knee, but it’s only a matter of weeks before Bradford does worse to himself.

In fact, the trade was so bad that one fan tried to replicate the deal on Madden 17. After removing Bridgewater from the Vikings roster, he sought to offer Bradford to the Vikings. They weren’t interested. Even in video games, that trade wasn’t supposed to happen.

To be fair, the game couldn’t duplicate the tight position that the starting quarterback’s injury put the team in this close to the start of the season, but Mark Sanchez and Michael Vick were both available without having to give up a first round selection.

Hell, even Kaepernick would have been cheaper on the front end.