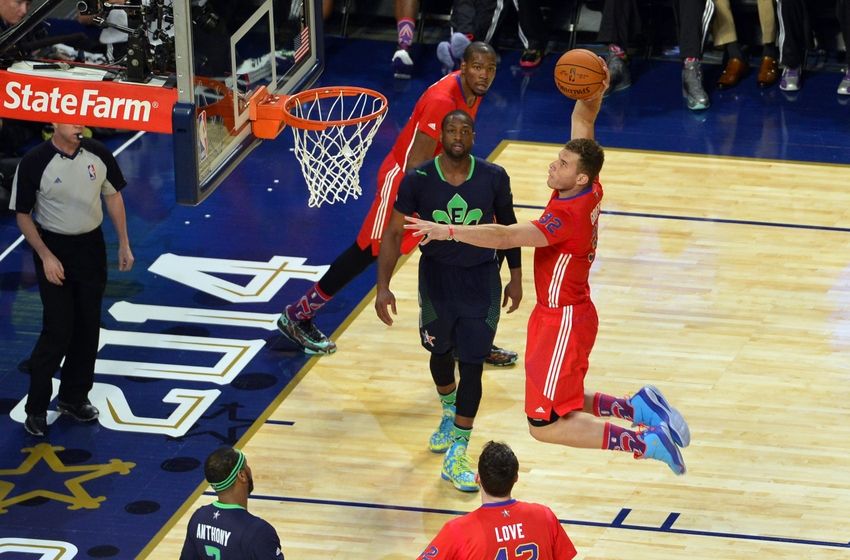 It’s that time of the year again, and the 2015-16 NBA All-Star voting has officially closed. The NBA’s official Twitter account has announced who the starters will be.

Both the East and West will be leaning on small-ball starting fives. The lack of a center or true power forward in either lineup is a reflection of how the game has evolved — favoring pace, crisp passing, and players who can defend multiple positions. Gone are the days when teams favored plodding centers who post up in the paint on both ends.

But it’s also a shift that reflects the NBA’s decision back in 2012 to allow fans to vote for three undefined “frontcourt” players, rather than two guards, two forwards, and a center. Our friends at Point After have brought you all the statistical data on everyone.

Of all the players voted in as starters in 2016, it’s pretty clear Bryant is the least deserving.

In addition to amassing the lowest total of per-game stats, the Black Mamba’s true shooting percentage* of 44.8 percent ranks No. 318 out of 333 qualified players (as of Jan. 21, prior to games played).

*TS% accounts for what a player’s shooting percentage would be when accounting for three-pointers and free throws.

Make no mistake, fans voted him in as a legacy pick. The majority of voters wanted to see Bryant play one final All-Star game, as he’s in the midst of his retirement tour. This will be his 18th All-Star appearance overall — considerably more than any other starter.

On the other end of the spectrum, Leonard will appear in his first career All-Star game. That’s nothing short of ridiculous, provided he’s been one of the game’s best two-way players for a while. He even won DPOY a year ago, but injuries that kept him out prior to the All-Star break really hurt his case.

As for guys like Wade and Anthony making it (in addition to Bryant), well, it shows that the fan voting process can be more of a popularity contest than rewarding the best players from a numbers-driven standpoint. Jimmy Butler is clearly the better shooting guard in the East right now, and Melo’s Knicks aren’t even in the playoff picture.

Still, at the end of the day, the game is for the fans. For those upset by the current voting process, take solace in the fact that reserves are chosen by votes from head coaches around the NBA.