Home All News Sports 2016 French Open Preview: Key and not so key players 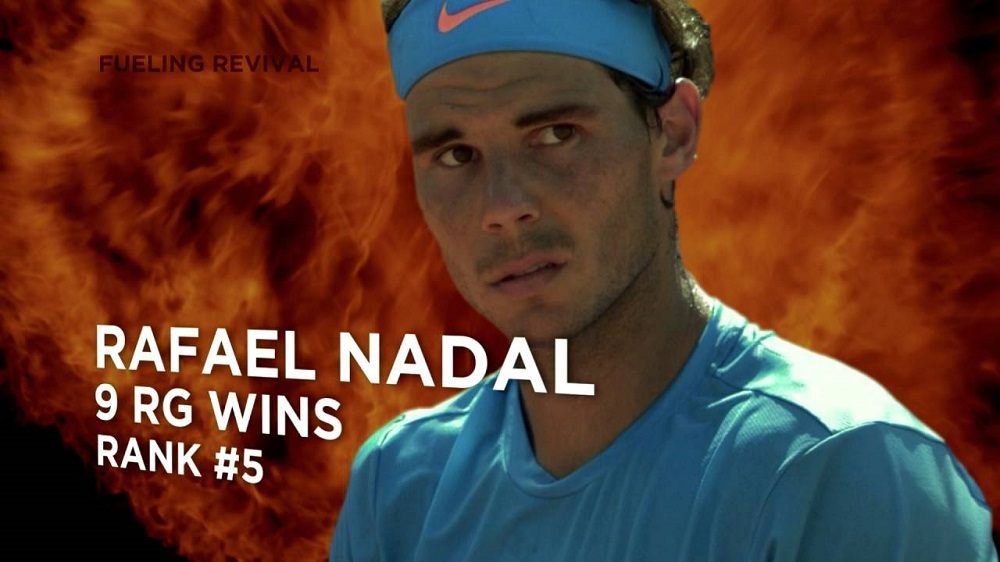 The 2016 French Open has already started if you include the qualifying tournaments. However, the main draw for the clay-court event at Roland Garros won’t start until Sunday. The approach of a Grand Slam always has tennis fans scrambling to find out who has been doing what lately on the men’s and women’s tours. On that note, here’s my take on the key players for men’s singles followed by the not-so-key players.

Anyone that wins a clay-court Masters Series event in the week leading into the French Open is automatically a key player for Roland Garros. Rafael Nadal, Novak Djokovic, and Andy Murray, in that order, won Monte-Carlo, Madrid, and Rome. Nadal also won ATP Barcelona a few weeks ago, a 500-series event on tour that is normally contested by a handful of strong players. In my mind, these three players combine for about a 90%-95% chance of winning the Roland Garros title.

But Kei Nishikori is a key player heading into the French despite not winning any of the Masters Series events. Japan’s top player really gave Djokovic a run for his money in the Rome semis, losing only by the minimum in a third-set tiebreaker. Furthermore Nishikori made the Madrid semis and the Barcelona final and his record this season is 29-9. Of those nine losses only two have come to players ranked outside of the Top 5 on tour. With a six seed coming for the French, Nishikori should be in the quarters and at least pestering anyone in his way from that point onward.

Dominic Thiem, who is in the Nice draw this week, is an interesting player to keep an eye on as the young Austrian looks more than ready to test the waters of the big matches. He didn’t quite get over the hump in either Rome, Madrid, Monte-Carlo, or Munich but he’s certainly buzzing around for a really defining tournament result. He has two titles this season, including one on clay from Buenes Aires where he defeated Rafael Nadal in a tight match. With a more recent win over Roger Federer, Thiem looks as though he should be in the second week at Roland Garros. With Nadal’s dominance at the French Open over his career, there won’t be many past champions in the men’s draw. Players that won the French before Nadal won his first are long retired. However, the two champs in the field besides Nadal will be Roger Federer and Stan Wawrinka. Yet neither player looks like a threat to win the title this season at all.

Federer’s problems with injuries and illness in 2016 have made him very unproductive on tour. He enters the French with few matches on clay this season and having not beaten anyone better than Roberto Bautista-Agut since the Aussie. Roland Garros has always been his worst Slam and it’s not too hard to picture him losing in the first week this season.

Wawrinka enters the 2016 French Open as defending champion, however, the Swiss No. 2 didn’t post a single quality result in the recent clay-court events. Losses to Nadal, Nick Kyrgios, and Juan Monaco appear to show that Wawrinka is well off of Grand-Slam winning form.

Kyrgios himself appears to be a fashionable pick to win the French Open, but the 21 year old only has one career ATP title thus far. He’s not exactly a tournament closer and that’s unlike any of the recent Grand Slam winners, even the one-hit wonders like Marin Cilic and Juan Martin del Potro. You can’t exactly blame the Aussie’s age either: Kyrgios may have just turned 21 but by the time Cilic was that age he already had three titles while JMD had seven by his 21st birthday, including his only Grand Slam title to date. Kyrgios will likely be be hard-pressed to make the quarters at the French.

Jo-Wilfried Tsonga, Tomas Berdych, and David Ferrer are among a contingent of players in the 30+ crowd that seem to be past their best tennis. Tsonga has been quiet of late due to injury (thigh muscle), Berdych got double-bagelled in Rome and then fired his coach, while Ferrer is out of the Top 10 for the first time since late 2010. The 2016 French Open fourth round might actually be without any of these three names this season as they all look poised to drop down the rankings.

Milos Raonic isn’t old, but his clay-court season to date has really shown that he’s not able to hang with the big players on the surface. He did well in Monte Carlo before losing to Andy Murray in straight sets in the quarters. Djokovic ousted the Canadian from the Madrid draw in straight sets as well and then Raonic lost to Kyrgios in Rome.

Raonic has proven that, despite clay slowing down the big servers in general, he can still get through the early-round hurdles more often than not. But the way he wants to run around nearly every single ball to try and hit a winning forehand isn’t something that will work for him against the best players at Roland Garros because he won’t be getting so many moon-balls off of his serve (ie. dirt slows the bounce down a bit and makes the ball rebound higher). The semifinals appear to be out of the question for Raonic, especially with his injury-prone body.