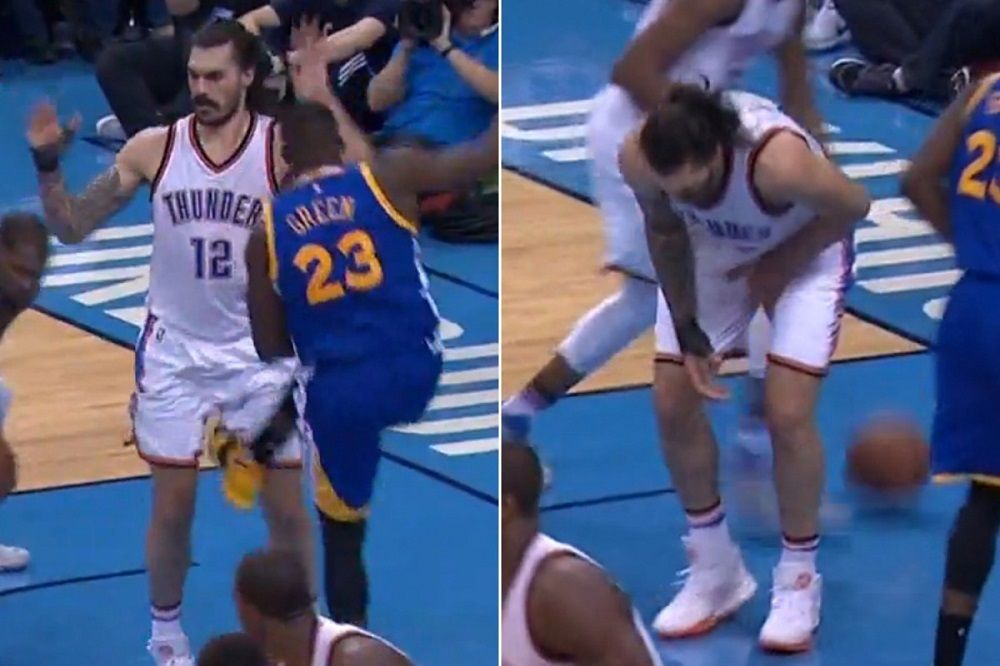 I know that football just started back, but we can’t forget that the NBA season is right around the corner already. The Cleveland Cavaliers are fresh off of a revenge NBA Championship, defeating the Golden State Warriors. The Warriors, however, used the offseason to bring in superstar Kevin Durant.

We can practically skip right to the 2017 NBA Finals now, and one of the big topics from this season’s championship series was the suspension of Draymond Green in Game Five of the Finals. Green hit LeBron James in the groin, earning a flagrant foul, which accumulated for a game off.

After this past season, Green has a reputation for going after other players’ manhood. The karate kick to the privates of Oklahoma City Thunder center Steven Adams in the Western Conference Finals cemented that association.

Draymond claimed innocence, saying that the motion of his leg is simply part of his shooting technique. He didn’t mean to nail Adams in the man parts; his leg just does that naturally.

As a result, referees have been instructed to pay more attention to similar swipes—informally named “The Draymond Green Rule.” 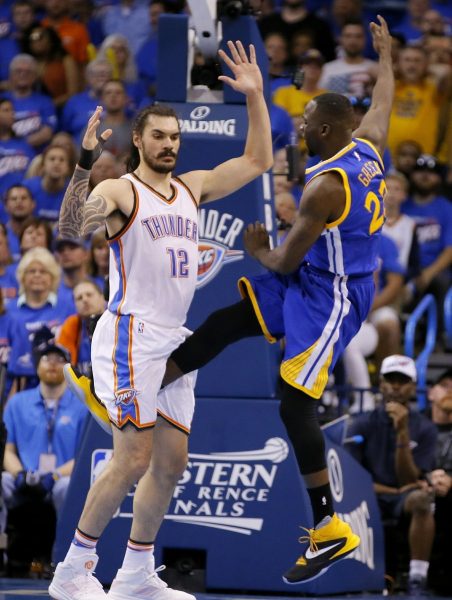 “Now, all of a sudden, legs are coming out in different directions at weird times, they’re coming higher,” said NBA senior vice president of replay and referee operations Joe Borgia. “Well, for the protection of the players, we’re going to stop it.”

The NBA has also announced it will crack down on other under-regulated aspects of the game, such as traveling. Professional basketball is often criticized for not calling walks and travels. Apparently, coaches agree, as they brought it up with the officials in their recent meeting.

Starting this season, refs will pay more attention to a player’s foot movement, especially beyond the three-point arc, where many players like to pump-fake and take an extra step around the defender before beginning to dribble.

Owners are also expected to vote yes next month to give greater responsibility to the league’s Replay Center in New Jersey on matters such as flagrant fouls.

Maybe they can vote to ban the Warriors from playing Steph Curry and KD at the same time, too, and level the field a bit.