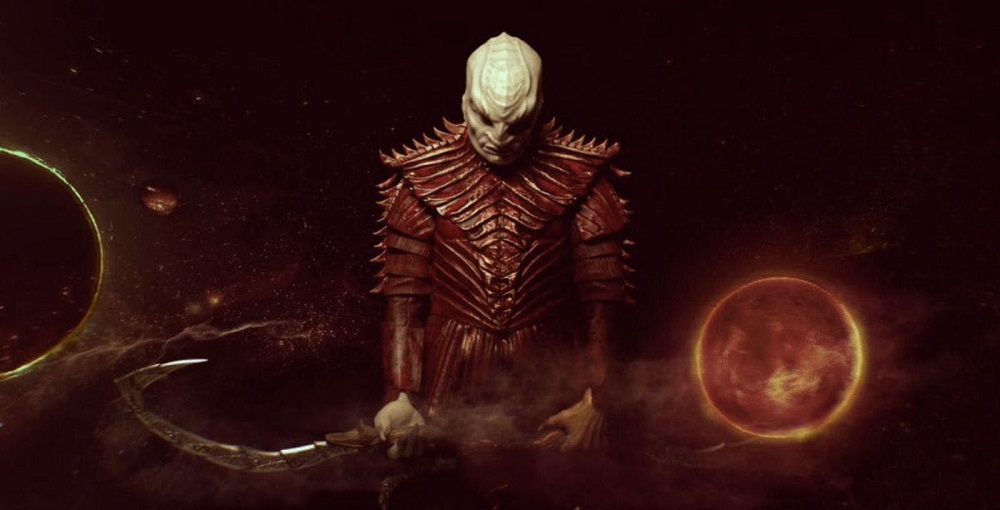 Six episodes in and I’m just writing about Star Trek: Discovery, perhaps the most polarizing Trek since the JJ Abrams’ reboot. I’m almost embarrassed to call myself a Trekkie. Many fans say that this is the most Un-Trek of the franchise and maybe even the farthest from Gene Roddenberry’s utopian vision of the future of the human race. In many ways it’s true but apart from CBS trying to milk the Star Trek franchise, what the story is trying to tell so far is that there are reasons the series is what it is. As a Star Trek fan, it’s a must-see even for the most devoted conservative Star Trek fan. They don’t have to like it but because the series is official canon we just have to. For what it is, Star Trek: Discovery is actually good despite many of its inconsistencies like the spore drive, the uniforms, the tech and especially the Klingons. Despite opposition from many fans, the series has a good rating on Rotten Tomatoes and CBS succeeded in its goal in getting more subscriptions. The series is already set for a second season.

It’s not exactly pretty. In fact, the Shenzhou was a much better design than the Discovery itself. The Discovery is sure to sell more Star Trek pizza cutters though. First impressions of early shots were mostly negative. It looked more like a Klingon ship than a Federation one. I’ve grown to like it upon seeing it in action. It’s pretty sleek and still doesn’t look as ‘modern and advanced’ as the Constitution class. The much-hated Delta wing configuration isn’t too obvious. The show nicely explained its radical design. It has much in common with other designs for devices that traverse time and space. They all need some spinning gyroscopic element like in Stargate and Timeless. 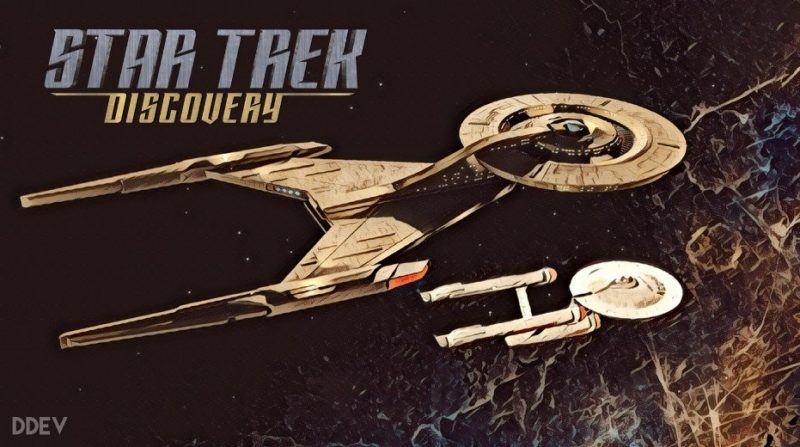 Like in JJ Abrams Star Trek reboot, we have a much more diverse crew in terms of alien races. The diversity was astonishing in Star Trek: Beyond thanks to bigger budgets and modern effects. It’s amazing how far we’ve gone since the budget strapped Original series where dogs counted as aliens. In TOS, the only alien in the crew was Spock and he was a very big deal. In Star Trek: Discovery, we have Lt. Commander Saru, the android-like Airam, and a more-robotic looking crewman on the Shenzhou. It’s kind of difficult on how these diverse crews work together given how TOS and TNG made a big deal on Spock and Data respectively. Would Kirk’s racist crewman be as racist surrounded by all the supposedly diverse alien races in the Enterprise? 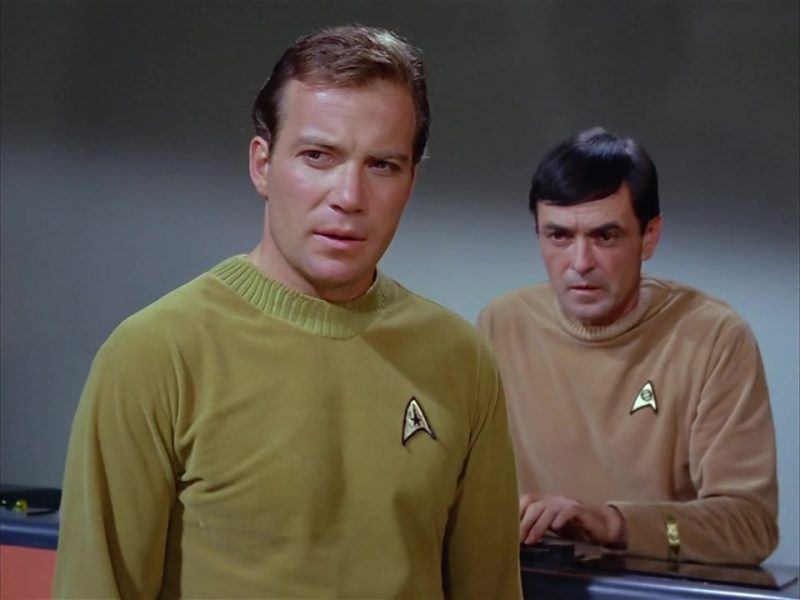 Star Trek: Discovery has also made history in having a black female lead in Sonequa Martin-Green in the role of a Vulcan-esque human where Nichelle Nichols had some hurdles in keeping her role as Lt. Uhura. But Star Trek: Discovery does maintain Gene Roddenberry’s vision of a diverse crew in terms of race and species.

To boldly go where no man has gone before. In that term, what could be more Star Trek than Discovery being able to reach any part of the galaxy using their experimental mycelium spore drive? During that time, no other ship could go into Klingon space undetected. The USS Discovery’s design is actually centered on the spore drive, and the way it’s shown is quite amazing. Again, in a way Star Trek: Discovery keeps to its Star Trek roots giving this prequel series a way for the Federation to go where no man has gone before aside from the places the Enterprise has yet to explore.

But the tech, and the uniforms aside from the Klingon design are central to many fan discussions when it comes to this series. Everything just looks so modern. If fans complained about the bridge tech on Star Trek: Enterprise, the holographic imagery on the bridges of the Shenzhou and Discovery made many fans scratch their heads. How does one reconcile that jellybean buttons and knobs and Spock’s visor are more modern than Discovery’s holographic displays and touch panels? Then there’s the holographic battle simulator in episode 6. It’s very much like the TNG Holodeck which was supposed to have been invented in that century. They also made that a big deal.

If we’re to wrap our heads around their pseudo-holodeck, it may be limited to just combat simulations and not recreation, and its characters are like limited AI videogame sprites unlike holodeck characters with the potential to gain sentience.

With regards to the seemingly modern bridge and ship controls of the Discovery, it’s the same explanation with Star Trek: Enterprise. The Constitution Class and future vessels adopted simpler, more durable and Spartan controls than what NX Enterprise and Discovery had. Right down to the ridiculous analog clock. That premise, however, can only go so far.

But hey, tech back in the 60s as well as the vision of high tech back then was quite limited. Romulan tech in TOS Balance of Terror was equally ridiculous too. For more open, imaginative minds, we might as well visualize or pretend Captain Kirk and crew controlling the Constitution Class Enterprise with touch panels and flat LCD screens. Kind of like watching the show with subtitles. We probably shouldn’t be surprised in in a future episode of Discovery; the producers could just throw legacy out the window and put such controls inside a Constitution Class or Reliant-type vessel they’ll encounter.

And the uniforms? Well, the popular explanation is that Constitution Class vessels and beyond have their own uniform style. The older ships will just have to endure their sleeker more futuristic-looking ones.

And now we finally get to the Klingons. The re-design is so radical; it’s like the producers brought the Klingons to their original Shakespeare. Aside from the ship design, ridiculed for lack of imagination having to use a rejected design for Phase 2, the Klingon design has proven to be the most polarizing element of this Star Trek series. Star Trek fans refuse to let go of their fondness for the TNG era Klingon foreheads and armor. Fans were made to think that the TNG Klingons were the original and that the TOS Klingons were mutated variants due to their experiments on human espionage. We were made to think that the Worf-type Klingon is the right Klingon. Even the cloned Kahless was a TNG Klingon. The Klingon in Enterprise Broken Bow was a TNG Klingon. Let’s not get started on the Abrams Klingons. So why? Do we need to wonder why they’re always a pissed-off race?

The earlier explanation was that T’Kuvma and the gang were a different sect. But when the 24 houses assembled, they all looked the same.

The main issue here is continuity. If the cloned Kahless looked like a TNG Klingon, then why do these earlier Klingons look the way they do? No Klingon looked like these bald versions on Star Trek’s various visits to Qonos if the race indeed reverted back from their genetic manipulation accident. It’s just difficult to wrap our heads around this development.

Well, a lot can happen in ten years, right? Or maybe they always looked that way, and the make-up artists just didn’t have the budget pull it off. We could consider it the same way as we might look at the tech. It’s always been that way had Roddenberry not been limited by budget. Another issue with the Klingons is their speech which seemed very slow in their effort to speak pure Klingon. Apart from Christopher Lloyd, we’ve only gotten to hear the Klingons speak their language in full beyond Q’apla and P’tagh.

Well, I’ve learned to look past the Klingon redesign because of the series’ great storytelling. Many fans seemed to have gotten past the spiky armor. So far the series has been okay and even earned a second season.

Keeping up with the Times

Star Trek: Discovery is very much on the edgy side, as many of today’s shows are. Not shy about sexuality and the violence. About the sexuality, many a Star Trek fan can cite plenty of Kirk’s legendary sexual exploits on the original series as well as the costumes of the sexy alien princess of the week. There’s also the legendary kiss between Jadzia Dax and her ex on DS9 as well as the extreme sensuality of Intendant Kira. I can’t say much about Enterprise, The Next Generation, and Voyager as my mind needs some refreshing. About the violence, it’s easy to say that it’s a requisite for today’s TV but if we get a bit real, the Federation is in a state of war with the Klingons, and as mentioned, the producers want the Klingons to be more savage, not only in looks but in action as well. Besides, there’s more budget for makeup now.

And since the Federation is in a state of war and though not confirmed, NX-1031 is probably a Section 31 vessel, morality would be a little gray for the experimental ship. Our first impression of Captain Lorca is shady, and even sinister for taking in an infamous mutineer and for keeping a monster for use as a bioweapon. Several episodes in, he’s just a no-nonsense guy dedicated in his duty willing to bend the rules. In times of war, even some members of the crew are willing to bend the rules in order to do their duty like Michael Burnham herself, Lt. Commander Saru and Paul Stamets.

What I’m trying to say here is, with the whole setting of the series, in the midst of an all-out human-Klingon war, we can’t expect much of the values or the positives of Gene Roddenberry’s vision to be in this series. But you get the hint of that here and there as the writers struggle to please all fans old and new. You see the characters mired in moral dilemmas as they are forced to make decisions contrary to the Federation’s values. But once the series is through, being a prequel, we know where it’s all eventually headed. Think of it as a dark time for the Federation, and things sometimes need to get dark and drastic. We as fans have to admit; we are often excited for mirror universe episodes in Star Trek’s various series aren’t we?

If there’s anything that Star Trek: Discovery teaches fans, it’s that they have to be more open to change. Star Trek looks to the future and not the past. We really cannot hold on to our old plywood sets anymore even when under phaser attack. We cannot be technophobes nor Klingon racists. That’s what Gene would want.