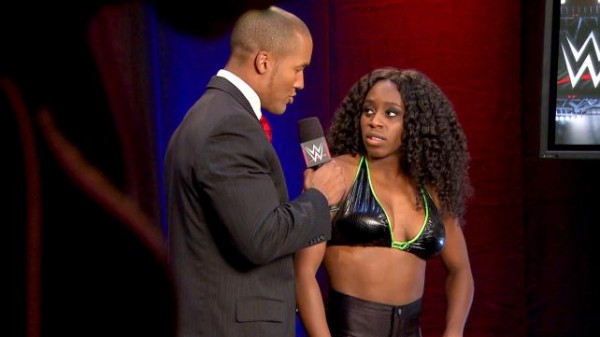 On this week’s episode of “Total Divas,” Naomi was told she was going from face to heel and she hadn’t expected that. Natalya said she was stressed out because she and TJ were on the road but they were closing on a house soon. Natalya said her sister was going to come help them move in and TJ was angry about it. Brie questioned if she was a bad wife because she doesn’t get Daniel Bryan surprise gifts. Naomi said it was challenging being a bad guy all of a sudden.

Brie told Nikki the doctors told Daniel Bryan he has a 50/50 chance of being able to wrestle again after sustaining injuries and undergoing surgery for them.  Naomi went through new shoes for her in ring persona and she said she couldn’t wear them because it wouldn’t fit her gimmick anymore.

TJ and Natalya talked about having their oldhouse fixed since they live in the new one now. Tamina Snuka showed up at a celebration of Naomi turning bad. Paige said it was time for Naomi to learn to be a bad guy. Alicia said Naomi is very shy and they didn’t to get the bitch in her out in the open. Alicia splashed Naomi with a glass of water and Naomi tried to physically attack her. Naomi was then kicked out of the restaurant they were celebrating in. 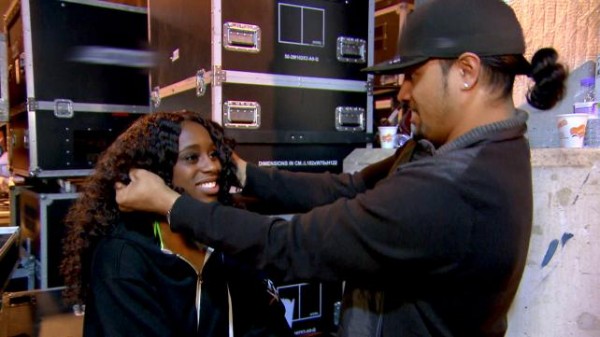 Naomi said she was uncomfortable with her new character and that she’s not ready to be a bad guy. Nikki and Brie did a photo shoot and Daniel Bryan came in with his dog,Josie to see them and tell them how his doctor’s appointment went. Nikki accused Brie of not taking Daniel Bryan’s health problems as seriously as she should. Daniel asked Nikki not to stress him out because he couldn’t be stressed out. Brie told Nikki to stop worrying and panicking so much.

Backstage at a pay per view Natalya said TJ wasn’t paying attention to her. Natalya told TJ she was going to start having him deal with any business regarding their house because he won’t spend the money to fix up their old house so they can sell it.

Natalya told  Brie and Nikki TJ was furious with her over the move. The twins took TJ’s side and Brie said she’d never lie to Daniel Bryan and Nikki wouldn’t lie to John Cena. Naomi made her debut as a bad guy diva. She said she had to capitalize on this moment because it might never come again.

Natalya and TJ had dinner with her sister and parents at their new house and Natalya confessed some white lies to TJ that she told him to prevent him from being a douchebag.