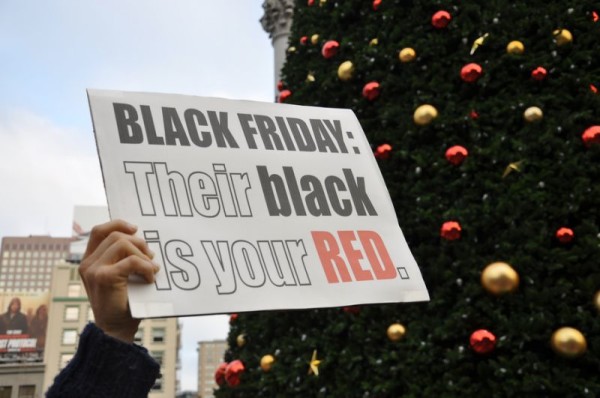 We all know that Black Friday can have some amazing deals, but unless you really look deeper, you can wind up lining the retailers pockets with more money than you expected. Many times, deals can be better gotten in December, so we’ve checked on what’s a real deal and what to avoid to make your holiday Black Friday and Cyber Monday shopping more cost saving. That way you can buy yourself that special treat you know no one else will be buying you for the holidays.

Check here for all the updated store hours of all major retailers.

Keeping checking our Black Friday section as we’ll continually update it along with Cyber Monday for your shopping convenience. You can also check out Amazon’s Black Friday/Cyber Monday deals here as they’ll keep changing as fast as a Kardashian’s Instagram page.

Before lining up at a retail store or firing up your computer for Black Friday bargains this week, ask yourself one question: Have you ever scored a great deal from the annual post-Thanksgiving shopping bonanza?

If you were hard-pressed to think of something, you would not be alone.Black Friday, which has traditionally been the moment to flock to stores for steep discounts, and which has evolved to also include major online sales events for retailers like Amazon, Best Buy and Walmart, is not all that it is billed to be. We asked J. D. Levite, the deals editor of the product recommendations website The Wirecutter, for some data on just how beneficial the deals are on Black Friday — and the answer was not encouraging.

Year round, Mr. Levite and his team track product prices across the web to unearth discounts on goods of all types, from gadgets to kitchenware. They also look at whether the product is high quality and durable based on their own testing and other reviews, and whether the seller or brand has a reasonable return or warranty policy. By those measures, Mr. Levite said, only about 0.6 percent, or 200 out of the approximately 34,000 deals online, which typically carry the same price tags inside retailers’ physical stores, will be good ones on Black Friday.

“There are just more deals on that day than any other day of the year,” he said. “But for the most part, the deals aren’t anything better than what you’d see throughout the rest of the year.”

There’s a smarter way to shop than relying on Black Friday. With the plethora of web tools now available, consumers can research online and then use trackers to follow product pricing for drops throughout the year. While it’s a time-consuming effort, the method is more precise for understanding pricing trends, both online and in stores.

One useful tracking tool is Camel Camel Camel, which is geared toward users of the online retail behemoth Amazon. Using the Camel Camel Camel website, people can view a product’s price history on Amazon.com and then create alerts to receive an email as soon as the item’s price falls to a certain threshold.

Mr. Levite cited the example of the Basis Peak Ultimate Fitness and Sleep Tracker, which was listed on Amazon at around $150 in September. At the beginning of November, the gadget shot up to $170. This week, the price fell back down to $150.

“We do not raise prices ahead of Black Friday deals to make deals look more attractive,” Sarah Gelman, an Amazon spokeswoman, said.

Camel Camel Camel’s database also shows some items have predictable pricing patterns over the course of a year. A pair of bookshelf speakers made by Pioneer are typically $127, but that tends to drop significantly in August — to $60 in August 2014 and to $88 in August 2015, timed to the back-to-school season. This week, the same pair of speakers was again $127. In other words, there are times of year when different types of products decline in price — and Black Friday isn’t one of them.

Price tracking also illuminates the seasonality of products. Between June and August, when people are more likely to plan camping trips, tents often get heavier discounts on Amazon, for example. Camel Camel Camel’s database showed that a Coleman six-person tent cost $169 in August, but the price is now about $236.

Other items rarely budge in price. A pair of high-end Bose headphones has stayed firm at $299 for over a year, according to Camel Camel Camel’s database. It wouldn’t hurt to buy items like this anytime you want, or to wait for the pricing to drop when a new version of the product is released.

Daniel Green, the founder of Camel Camel Camel, agreed with these assessments. “Shopping the Black Friday sales is no different from any other time,” he said.

There’s still a way to take advantage of Black Friday by checking for price reductions on specific items — like a particular television set — that you have been wanting. I found a well-reviewed Vizio television that was $1,633 in April but dropped to $1,098 this month, according to Camel Camel Camel.

Price tracking data also illustrate that the lack of real deals holds true for Cyber Monday, the Monday after Black Friday that is billed as an online shopper’s heaven with numerous digital discounts. Rendering the shopping event even more absurd, Walmart has said it would begin its Cyber Monday-Sunday evening, so people wouldn’t have to stay up late to shop online.

Of course, it’s a tad late to start price tracking now. So for this week, try other web tools like PriceGrabber.com, which compares pricing of products across different retailers. On the website, you enter the name of a product, and the tool pulls up a search. Clicking the “Compare Now” button shows the bottom line pricing of the product (including tax and shipping costs) for various retailers.

The New York Times also tested other shopping tools. They include ShopSavvy, an app for scanning item barcodes to do price comparisons online, and Slice, an app that tracks your previous purchases in case the price of something you recently bought gets marked down later, which may spur a refund.

Some retailers are opting out of Black Friday. Last month, the sporting goods retailer REI said its stores would close during Black Friday as part of a campaign urging people to go outside. Ben Steele, the chief creative officer of REI, said in an interview that the company made the decision after assessing the chaotic environment that Black Friday tends to create.

“Do we want employees to leave their families early on Thanksgiving? No,” Mr. Steele said. “There’s an opportunity for us to do something different.” Other stores, like Joe’s Bike Shop in Maryland and Outdoor Research in Seattle, have since said they were closing shop this Friday, too.