Well here’s a fun looking romantic comedy starring “The Big Bang Theory‘s” Simon Helberg and “Togetherness” star Melanie Lynsky with some new images to check out. This is one of those films ‘based on a true story’, and I have a feeling it really is too. Actually, they’ve just sent me a picture of Simon and now wife Jocelyn in Paris when he was pursuing her which you can see just below. Plus, there’s more! One lucky reader will get an autographed copy of the poster signed by Simon Helberg, Melanie Lynsky and co-director Jocelyn Towne (who’s also Simon’s wife.)  Check out below how to get your hands on your own signed poster.

This story fits Helberg perfectly as the guy who’s got a great woman in his life, and he’s feeling lucky to have one, but then a beautiful blonde co-worker suddenly lets him know she likes him so he does what comes natural to him. He does the self-destructive behavior and calls things off with his long-term girlfriend. You know how that story will turn out, but from the trailer below, it gives that good heartwarming feeling that goes with these types of movies. It’s great to see Helberg in a movie, even if he had to write and direct it himself. Hopefully this one will do well in theaters and on VOD to get Hollywood to give him a look for more big screen roles. He’s got the chops for it, and sometimes it seems like he’s one of the underrated actors on The Big Bang Theory. 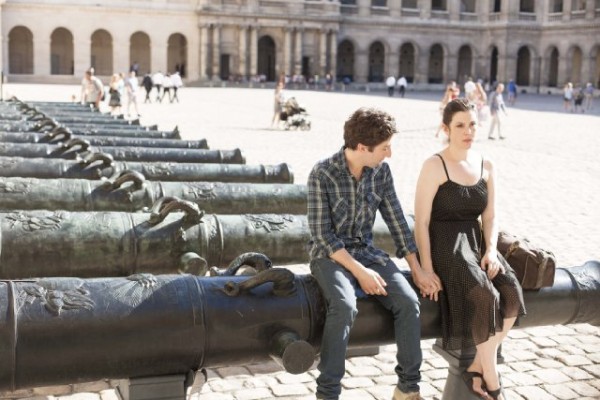 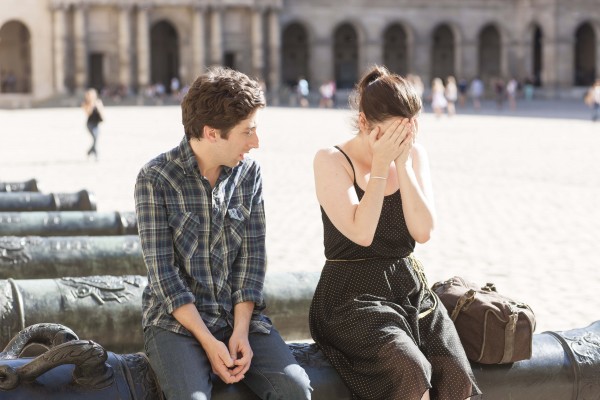 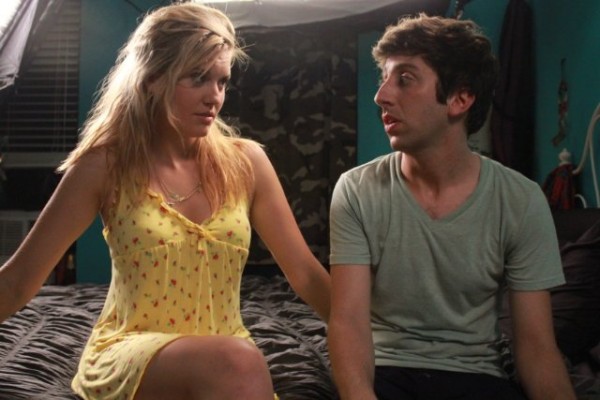 How To Enter: Just RT the Tweet below or ‘Like’ Or Share the Facebook post and you’re entered and good to go. The giveaway will run through September 18, 2014 and we’ll pick the winner from everyone who RT’s. As with all our contests, if you want to write a review about the movie, we’ll post it on our site so you get some byline attention too! You can also paste this into the comment area below which will send it to you Twitter or Facebook page. Oh, the decisions and choices you get!

We’ll Never Get To Paris Synopsis:

In a story based on true events, Quinn (Simon Helberg) has been in a devoted relationship with Devon (Melanie Lynskey) for several years, and is ready to propose marriage until a gorgeous blonde co-worker reveals her love for him. Quinn immediately has second thoughts about matrimony and ends up terminating his relationship with his long-time better half. After a brief relationship with the blonde, Quinn quickly realizes he’s made the mistake of a lifetime, so he sets off to Paris, where his one and only true love has moved, to win her back.