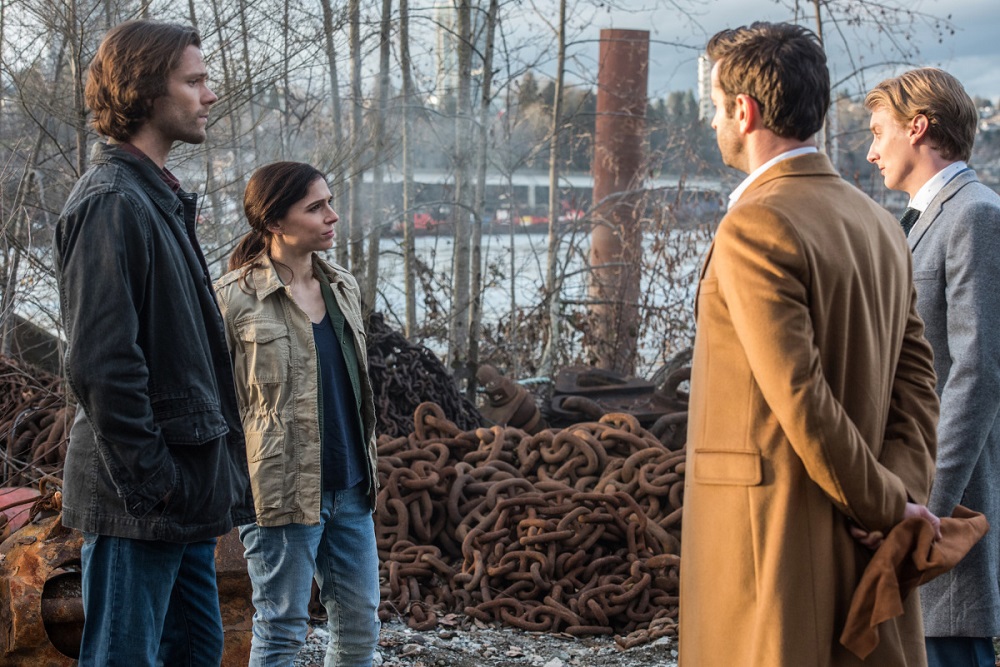 In “The British Invasion,” the latest episode of Supernatural, Shoshannah Stern plays Eileen Leahy – the deaf hunter we first met back in early 2016, in “Into the Mystic.” This episode sees Eileen help with the search for Kelly Kline (played by Courtney Ford), and essentially impress us all with her hunting skills.

What did you enjoy most about playing Eileen Leahy on Supernatural?

Oh, come on now! That’s almost impossible to answer. A better question would be, what did I not enjoy about playing her? Only I don’t know if I could come up with an answer for that either. She’s such a well-written, unique character that I just fell head over heels in love with her when I first got the script for Into the Mystic back in Season 11. I think what I love most about her has to be that she’s not just one thing. You can’t really put Eileen in a box, and I know I hate it when people try to put me in a box in reality. She’s tough, but she also has a vulnerability to her, and she’s also pretty funny. There are many layers and dimensions to her that make her feel very real and beloved to me. 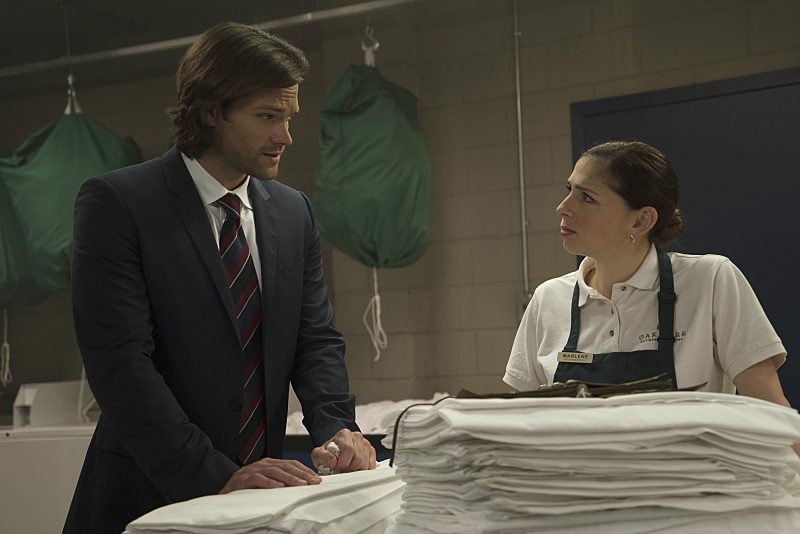 What are your thoughts on Eileen’s relationship with Sam?

When the idea of Eileen was first brought up to me, she didn’t even have a name. She was pitched as a hunter who was deaf, and I absolutely loved that. It wasn’t until later in the process that I found out that there was a possibility she might eventually turn into a love interest for Sam. I was a little bit wary of that because this is a show about a dangerous world where monsters are real. When you’re trying to get into the mindset of a hunter who’s hunted alone for almost fifteen years, it felt like a dog that’s always had its hackles raised suddenly deciding to expose their belly; you know what I mean? But I think it all comes down to the execution. I really like that even though you haven’t seen what they’ve been up to since Into the Mystic, you get the feeling that their connection makes them both happy. And to even let happiness in, you kind of have to roll over and show your belly a little bit. 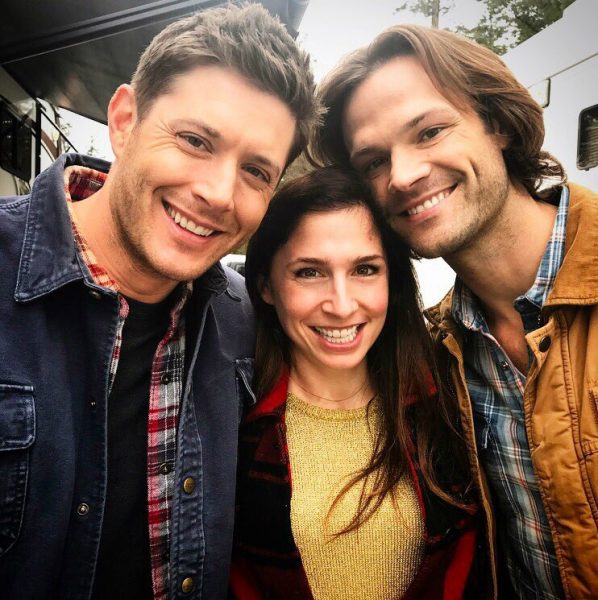 What was the funniest thing to happen on set?

You’ve seen it! It was that group exit after the showdown with Mick in the Impala that post-production wrapped up for us all as a gift with a nice pretty bow on top called We’re Leaving Now. I mean, sure, there have been others. It’s Jared and Jensen we’re talking about! It’s pretty much always a party with these two. But that moment has got to win absolutely everything. 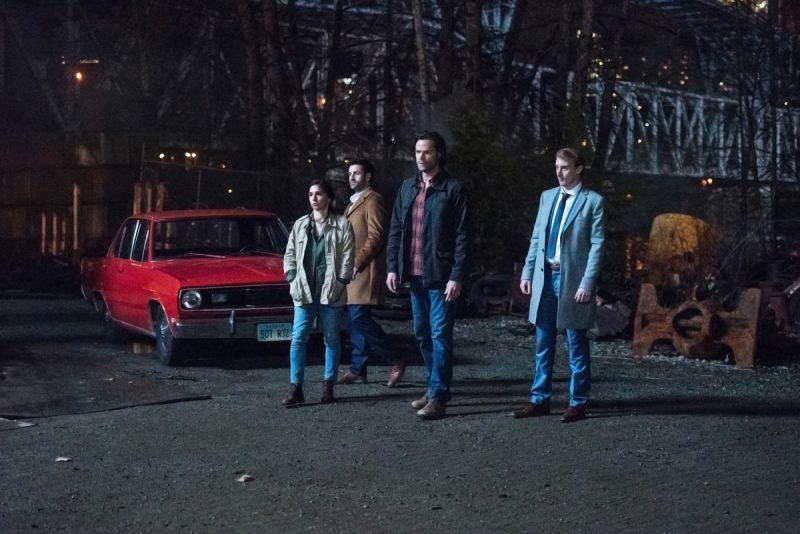 Can you tell us about your scholarship and the fundraising you are doing …?

Well, it’s not exactly a scholarship yet, because we don’t have enough money. Hopefully, we can raise enough where we can at least offer a partial scholarship down the road. I was completely ignorant about the fanbase of the show until after I did Into the Mystic. It was really getting to know the SPNFamily that inspired me to try to do this completely crazy thing. I come from a deaf family that goes back four generations, and so for the first few years of my life, I thought the entire world used sign language to communicate. Despite how far-reaching and tight knit the deaf community is, most people outside of that community don’t know that it even exists, and that’s eerily reminiscent of the SPNFamily. I also got to know a lot of the members of the SPNFamily who shared my experience in some way. Some of them already identified as deaf, while others had some hearing loss and were questioning their identities as deaf people. I’ve consistently said that I think the best way to explore that is to find people like you, and there’s no better place to do that than Gallaudet University, which is the only liberal arts university for deaf people in the world. Hopefully, we raise enough where we can offer up a resource to make that happen for one of them.

What is the most important thing that everyone should know about the deaf?

I think the most important thing for everyone to know is that there’s not just one thing that’s the most important. There’s not just one way to be deaf. Being deaf is a very individual experience, and everyone approaches it differently. I think a good rule of thumb is that you should let people tell you who they are on their own terms, not yours. Or even better yet, let them show you. 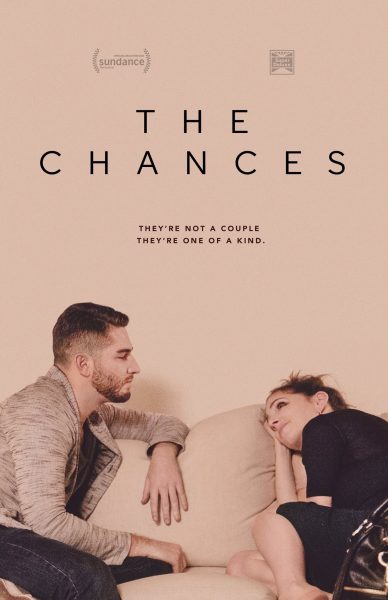 I’m most excited about The Chances, the series I wrote, created, and star in with my writing partner/partner in crime Josh Feldman. It premiered at Sundance this past January. It’s a dramedy about the lives and loves of two best friends who happen to be deaf. I should have some exciting news to share about that absolutely any day now, so be sure to stay tuned! Other than that, I’m returning to Another Period in Season Three, which airs this summer, and I’m going to be shooting a feature film in New York in the late summer/early fall.

Christopher Nolan is leading the charge against Warner Bros putting movies out on HBOMax, and Netflix won't be changing The Crown.
Read more
TV News