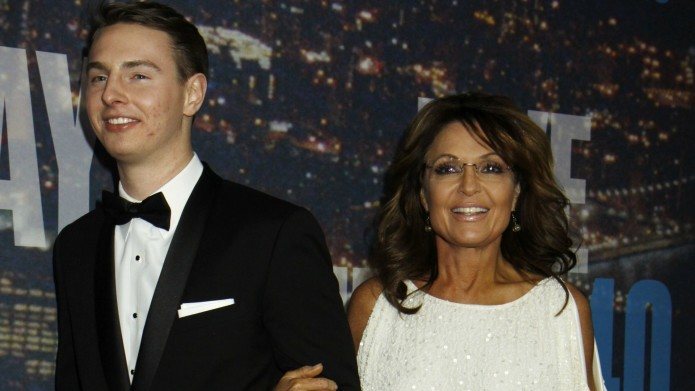 Sarah Palin is taking advantage of her recent leap back into the spotlight by endorsing Donald Trump and then to go so far as to blame President Barack Obama for her son, Track’s, domestic violence behavior arrest. Alexia Arquette is the just the latest to out Will Smith and Jada Pinkett Smith. Everyone is Hollywood has whispered about this for so many years now they’ve grown hoarse. 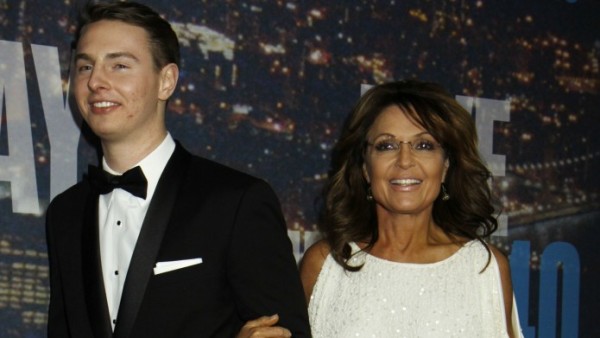 Well isn’t this an interesting turn of events? Apparently, Sarah Palin’s son, Track Palin, has been charged with domestic violence after a disputing involving his girlfriend at his family’s home.

People have pointed out the irony is his charge happening the day his mother, who was the 2008 Republican vice presidential nominee, endorsed the GOP presidential front-runner Donald Trump.

The police were called to the house after receiving a 911 call from Track’s girlfriend and one from him. Per the affidavit posted to KTVA-TV, she called and identified Track as the man that “punched her in the face and that a firearm was involved.”

Wasilla police officer Andrew Kappler said Palin had a visible injury to his right eye as he walked around outside this parent’s residence.

“His eyes were bloodshot, and I detected a strong odor of alcohol on his breath and person…Upon contacting Palin, he was uncooperative, belligerent, and evasive with my initial line of questions.”

There is so much more to the story, including Track denying being physically abusive. He was arrested with a blood alcohol level of .189 and was reportedly “angry and intoxicated” which gave the officers a “hard time getting him to calm down.”

In a speech in Oklahoma on Wednesday, Sarah Palin said, “I guess it’s kind of the elephant in the room because my own family going through what we’re going through today with my son, a combat vet… like so many others, they come back a bit different, they come back hardened. They come back wondering if there is that respect for what their fellow soldiers and airmen and every other member of the military so sacrificially have given to the country.” Then she zoomed in the real problem, saying, “When my own son is going through what he goes through coming back, I can certainly relate to other families who feel these ramifications of PTSD… our soldiers do return with. And it makes me realize more than ever it is now or never for the sake of America’s finest that we have a commander-in-chief who will respect them. They have to question if they’re respected anymore. It starts from the top. The question, though, that comes from our own president where they have to look at him and wonder, ‘Do you know what we go through? Do you know what we’re trying to do to secure America?” 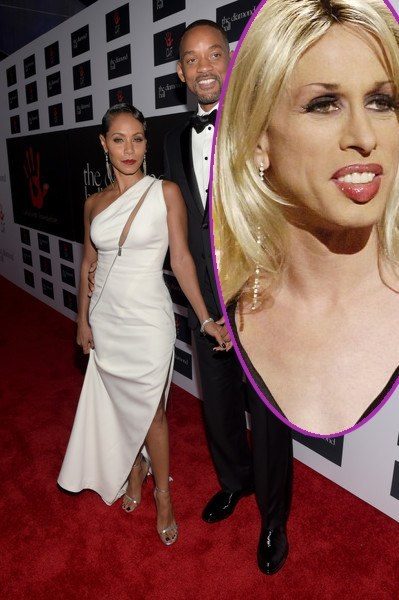 I am sure that Jada Pinkett-Smith didn’t think she would receive all of the backlash that she has gotten from her stance on the Oscars’ lack of diversity, but it is steadily coming from all sides.

One of the most recent celeb to criticize her for wanting to boycott the Oscars is Alexis Arquette. But for Arquette, it seems to be about a little more than Jada’s plan to skip out on the award’s ceremony. Alexis has totally changed the conversation by accusing Will and Jada of hiding homosexual lifestyles.

“When Jada comes out as gay and her beard husband admits his first marriage ended when she walked in to him butt servicing his sugar daddy Benny Medina…then I will listen to them.”

It’s a bold statement that comes as no surprise to some people since the Smiths are constantly accused of being everything from gay to swingers.

Alexis Arquette “outing” them is all kinds of messy as their “rumored” lifestyle choices don’t have anything to do with boycotting the Oscars.

I guess it’s just another D-list entertainer trying to get their shine by any means necessary. #teamJada