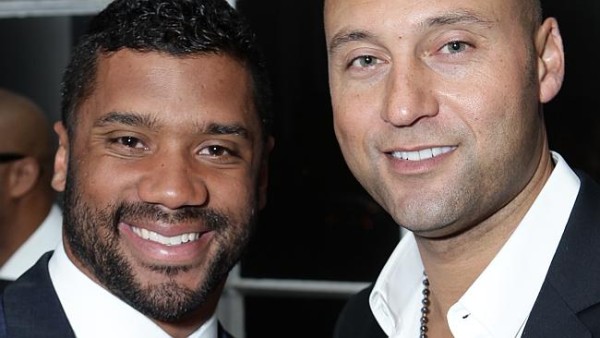 If you haven’t checked out Derek Jeter’s new website, “The Players’ Tribune“, you should do so. There isn’t much content there yet but the look of the site is enough to take a few seconds to give it a glance. Danica Patrick is featured at the top of the homepage at the moment, so that is certainly worth a look.

Derek Jeter’s plans for this new web platform is to offer a place where athletes can communicate with their fans on a more personal basis. He was known for never rocking the boat with controversial statements or weird rants. He is a smart guy who knew first of all, how to conduct himself. He was a professional in every sense. He was also aware of just how the media can take a small statement and turn it into a week’s worth of tabloid-like material. So he had to be careful of what he said so he did not have to deal with any extra drama from the media. He played in New York, so he did not need any additional pressure on him.

Jeter’s vision for The Players’ Tribune is simple. He will have athletes write their own stories. They will be able to share thoughts that won’t fit into a ten second soundbyte. And hopefully the athletes will be able to go into deep detail about themselves as well as topics that are of interest to them as well as the fans. A key to this working will be having editors that are athletes as well. Who better to edit the pieces written by other athletes? Some may disagree but I find it to be a fresh new way to do things in a media world that has already been turned upside down with the internet, social media, and way too fast instant analysis. 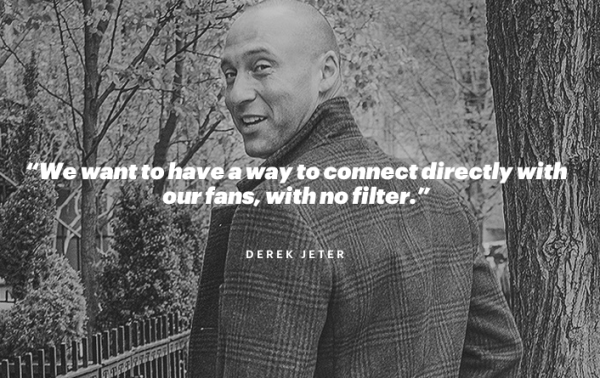 Don’t get me wrong, I don’t want to read any incoherent ramblings of just any meathead sports star. I want to read articles from thoughtful people who actually have something to say. I don’t think there is any danger of Jeter just letting anyone sign on to write a few lines of gibberish, no matter how big a star the athlete is. They will need to be worthy of using this new platform.

Russel Wilson is going to be a big part of the website it appears, as he is listed as a senior editor. Wilson is an NFL sensation in just his third year. No one seems to have anything bad to say about him in the league. It is all praise for how hard he works, the hours he devotes to film study, and the way he goes about being a professional football player. I think Jeter picked a great player to represent the NFL in one of his early hires. The fact that it is Derek Jeter that picked Wilson says a lot about the young QB for Seattle.

Wilson’s role will be a senior editor and he will be doing some writing himself. He already has a piece up on the site about domestic violence, which I will get to in a moment. I don’t know how much time an NFL quarterback would have to work on outside projects like this during the season. But the offseason would allow him time to add more of his own content to the website. During the grind of the regular season, I would assume he has some free time on flights to do some work for The Players’ Tribune. He is such a grinder that he likely uses down time to study film at home any chance he gets though.

It is very fitting that Wilson’s first article was about domestic violence. I don’t have to tell anyone how big of an issue this has become for the NFL over the past couple of months. Wilson went at the issue head on in his post titled, “Let’s Talk About It” http://www.theplayerstribune.com/lets-talk-about-it/. He admitted to being a bully back in his younger years. He talks about the reasons he did it and how he might understand how football players have a hard time keeping the violence on the field. Many fans see the violence each Sunday, but don’t fully grasp what it takes for guys to get in that aggressive mode practice after practice and game after game. Wilson says that it is hard to leave the mean part of yourself on the football field when the game ends. He is right of course, but we as fans don’t live that life so it is hard for us to identify with that feeling.

Wilson is clearly not scared to tackle tough topics, even those so close to home like domestic violence. It would be easy for him to talk about any other topic. He could have talked about hunger, disabled veterans, or even Cancer. All worthy topics. But he chose to go at a problem specific to his livelihood. It was good to hear a voice from the players section of the league that didn’t say something stupid like some other athletes did during all the Ray Rice talk. It was also refreshing not to hear simple clichés that don’t mean anything at all. We don’t need more, “we have to get our house in order”, Roger Goodell empty talk.

Real discussions about the real people involved in these violent acts is what is needed to improve the situation. Clearly the NFL, along with society in general, has a problem with domestic abuse. It can’t get corrected without real talk that confronts the issue from all angles. I am proud that Wilson has the character to step to the plate on this matter. I am also extremely proud that Derek Jeter provided a great place for him to write such a piece. I am looking forward to more soon from the new platform. Twitter gave us access to athletes random thoughts, which is sometimes not so great. This new launch from Jeter will hopefully bridge the gap between fans and the athletes we follow. It is off to a nice start with the addition of Russell Wilson.