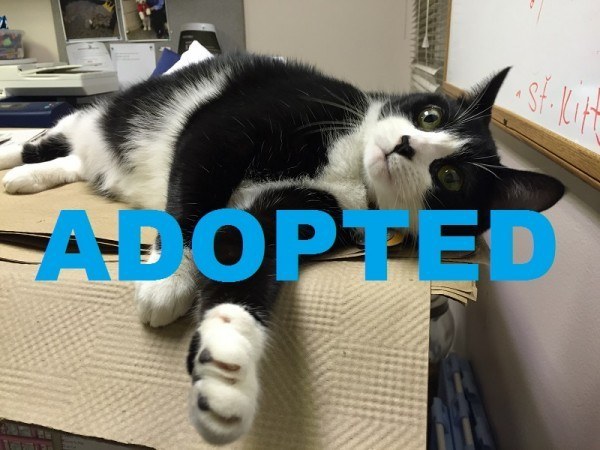 Glitter has been adopted. We featured her back in November and she wound up being someone special Valentine’s Day gift. Keep checking back each week on our Adopt Me section as there are more great pets looking for amazing homes.

Through our teaming up with North Shore Animal League America, Movie TV Tech Geeks features an adoptable pet every week that is looking for a new home. North Shore Animal League America, which is the world’s largest no-kill animal rescue and adoption organization. Since 1944, the organization has strived towards achieving its ultimate vision: “To put an end to animal cruelty and euthanasia and to create a world in which all companion animals find compassionate permanent homes.”

To date, North Shore has helped find homes for over 1,000,000 dogs, cats, puppies and kittens. Four of the adoptable pets that we’ve featured on our site have found great homes, and we are hoping to continue that trend. 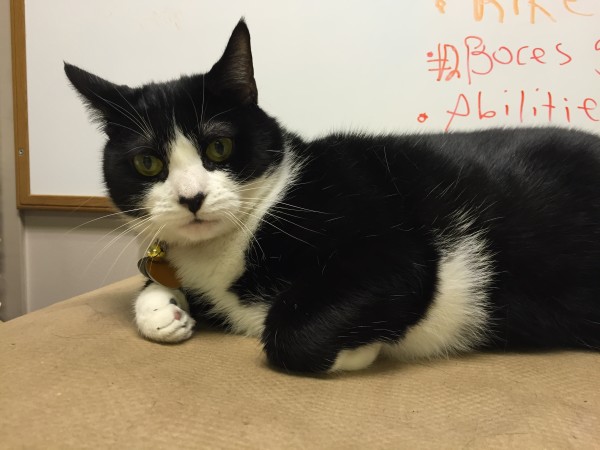 This week we are pleased to feature Glitter, the second adoptable cat we have featured on our site.

Glitter is an adorable, 3-year-old domestic cat. She has black and white shorthair, a cute black nose and beautiful, bright green eyes.

Over the past few years, researchers have found that owners can benefit in numerous ways from their relationship with their cat. First, cats are perfect companions. While they often get stereotyped as unsocial and distant, cats are often friendly and love spending time with their family members. 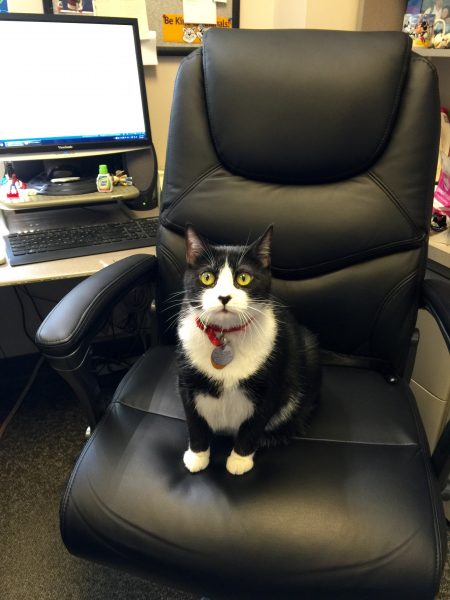 Cats are also relatively playful. Although they may not need to go out on walks like dogs do, they like to get out their energy by playing tag around the living room or tossing around their favorite toy mouse. Thus, they can also be a fun source of exercise and entertainment.

Studies have also shown that children who grow up owning a cat often become more nurturing, responsible and empathetic. Cats have been shown to teach their owners how to care and relate to other beings. They exercise their owner’s ability to consider what others are thinking and feeling.

Nowadays, people are getting busier and busier, as our lives become more complex and stressful. Thus, cats are a perfect way to unwind, as they have been shown to lower people’s stress, anxiety and blood pressure levels. Recent studies have shown that the frequency (aka the pitch) of a cat’s purr can help calm the body and even reduce healing time in bone and muscle injuries. Overall, cat owners are recorded as having fewer visits to the doctor’s office and are even shown to have a reduced risk of developing heart disease simply because of their four-legged feline friend. So, back to Glitter!

She has a big personality and is a unique cat with a lot of character. At North Shore Animal League America, Glitter has made herself a temporary home in the back offices, as she isn’t all too fond of the cages.

Glitter is a spunky, sassy and fun little girl, who exemplifies all of the lovable personality traits of a cat. She loves to roll around and show off her belly. However, this doesn’t necessarily mean she wants you to touch it – so be careful, or she may scratch you to kindly remind you that she doesn’t like belly rubs!

Although she tolerates other cats, she doesn’t get too cuddly with them and likes to keep her space.

Christina Travalja, the Shelter Director at North Shore Animal League America notes, “Glitter might not be the best snuggler with humans but don’t worry, she’ll be hanging around you on her terms. She loves to be around people.”

Furthermore, her enthusiastic personality is contagious and she will keep you smiling for hours, as she provides fun entertainment for the whole family. Glitter is ready to share her love and spread happiness throughout her new forever home!