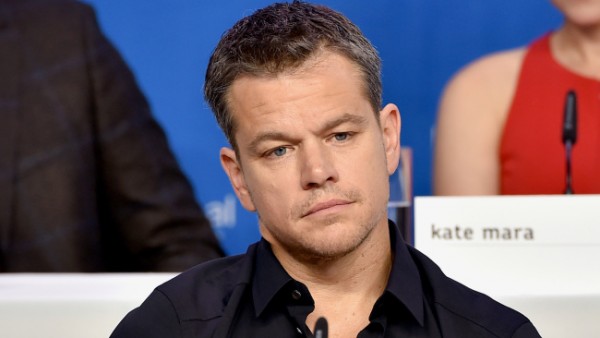 Hollywood is a cutthroat industry. Even people who aren’t in it or who don’t aspire to be know this to be true. It is especially hard for women and equally (some argue more so) for people of color. Because the lack of diversity is such a touchy subject mainly for a certain group of non-minorities in the field, the sting is all the more hurtful when those who are the perpetrators of the inadequacies try to explain how they don’t exist.

We saw this on display recently when Matt Damon, beloved Matt Damon, rudely and without regard, interrupted producer Effie Brown during her speaking on the need for more diversity during the season premiere of HBO’s Project Greenlight. She was trying to urge people to understand the importance to have a director in place for movies like an upcoming film in which one of the characters named Harmony, is a black prostitute and the only person of color in the film, because diversity includes important roles like are seen as well. Matt Damon however, didn’t agree.

Of course this caused a slew of outrage from black and white people alike. Damon apologized in an effort to ease the bite of his words.

“I am sorry that they offended some people, but, at the very least, I am happy that they started a conversation about diversity in Hollywood. That is an ongoing conversation that we all should be having.”

His apology didn’t sit well with some folks still because seriously Matt Damon, you think your dissention “started a conversation about diversity in Hollywood?” It is that kind of mindset (his feeling that somehow he has brought to the table something that has been a topic of discussion since the beginning of the cinema) that caused him to make his comments in the first place.

But I want to offer, as a black woman who is a writer and follower of the cinema, a perspective that perhaps explains part of the origin of his argument. First let me say that we as black people are very quick to immediately go on the defensive when white people makes these kinds of statements and sometimes, it is not totally justified. With that, Damon more than likely, feels that the real importance in the casting of diversity is not in the ethnicity of the director, or the other “players” because we don’t see them. It is in what we can see which is the casting of the actors where diversity is most important because the visual is what makes the impact.

Again this is just offering a different viewpoint and while that viewpoint is feasible, it is still incomplete. Diversity is not just for looks or to say, “see, this film is diverse” so that people can feel better about going to see a movie of believe that the world is truly changing. Diversity in the cinema is about creators (behind the scenes and in front of the camera) from all backgrounds, walks of life and ethnicities having the opportunity to use their talent and resources to create. In that sense, yes, Brown is right, the director of the film is just as important as the actors because they say where the film is going and give direction to actors in the roles. Why do you think people quit movies over creative differences? The director is that important.

Now for the record, I do not think that Matt Damon meant any harm in what he said or that he is a racist or doesn’t like black people. I do think, however, that his viewpoint comes from a place of superiority and from a true lack of understanding of what it feels like to be in Brown’s (and people like her) position, which is hard for someone like Damon comprehend. I believe that when people make these kinds of statements it is either because they don’t care to admit the truth because then that makes them look bad or because they genuinely don’t get it.

As for his apology, he tried and it was a solid effort but still lacks the necessary cognition to speak on this subject… at all.

I give him a D for Damon not diversity.

Netflix has been doing more advertising now that Disney has announced it's enormous Disney Plus streaming schedule. We break down everything for you.
Read more
Celebrity Gossip

Stevie Nicks and Bob Dylan are part of the groundswell of veteran rockers selling off their music catalogs. Here is why they are doing this.
Read more
Movie News