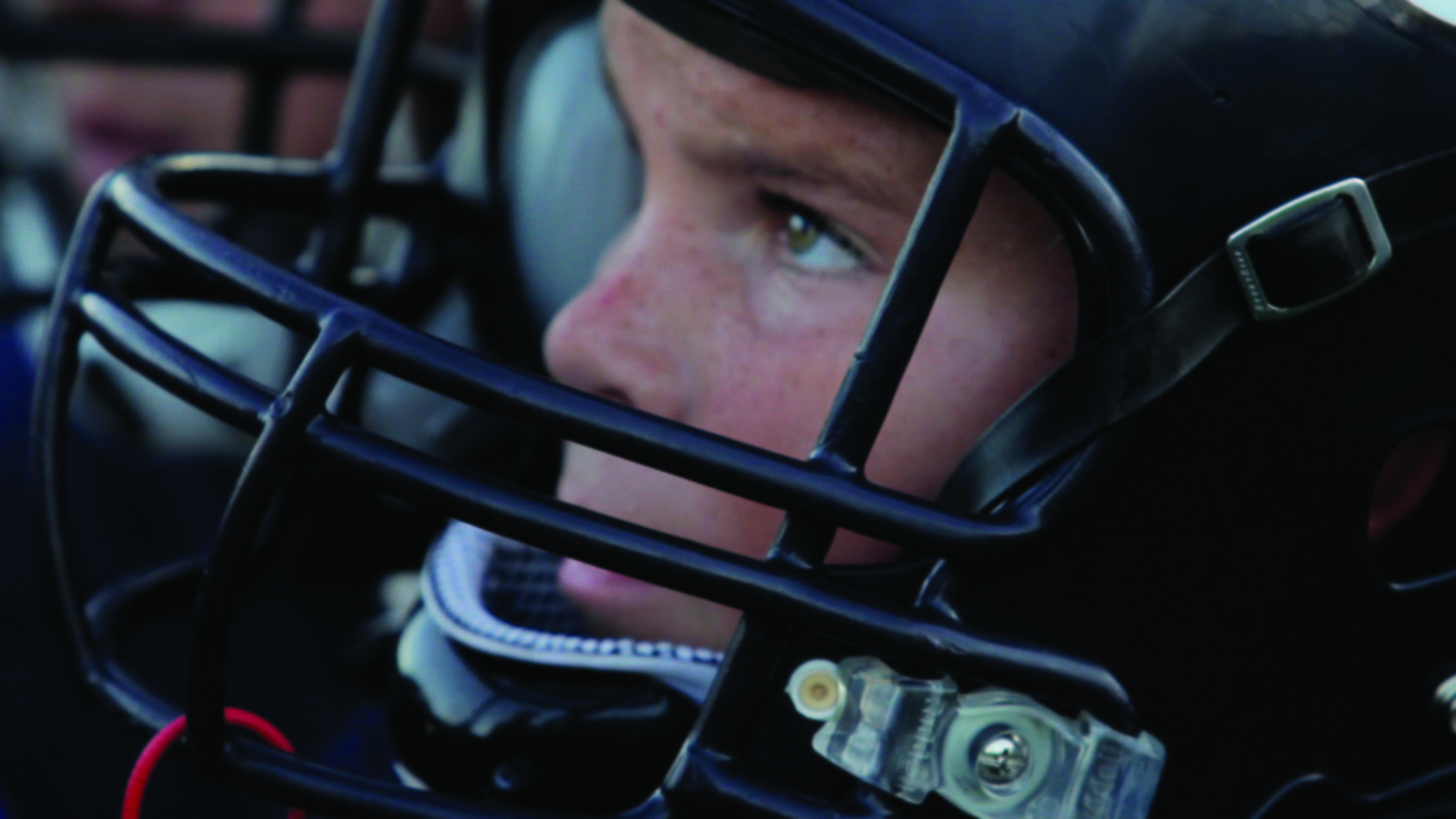 What makes football great also makes it terrible. We love to see the beauty of the game, a wideout tight roping his way along the sideline to the end zone or quarterback thread the ball where no man can snag it save his own teammate. But it is undeniable that we also love to watch the violent collisions between football players on the field.

The gladiator aspect of this great sport is still the major reason it resonates with Americans and leaves all other major sports in football’s wake.

Gridiron Heroes is a documentary that takes a look at the price tag associated with the game of football in terms of the health of the athletes involved. Many of these gladiators do not leave the game unscathed and this film shines a light on that ugly truth.

Ever since the NFL concussion issue started getting mainstream attention I have wondered if football is worth it in the long run. Of course it’s worth it for us watching from the stands or the safety of a recliner. For the athletes though, is this beloved sport worth the toll it takes on the human body? 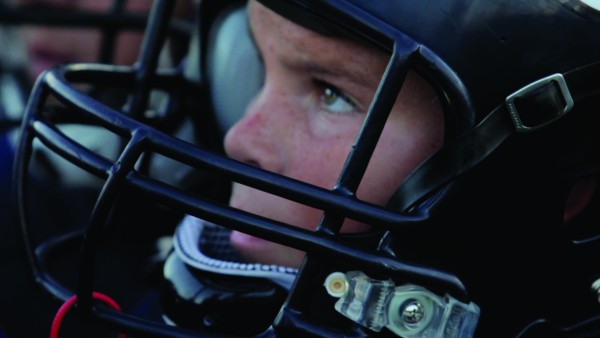 NFL legend Deacon Jones is quoted in the film saying that “Football builds a better person.” No doubt it does just that through teamwork, sacrifice, struggle, and competition. However, just because it can improve one’s character, that does not erase the physical toll that may take away much more than the game can give.

Gridiron Heroes starts out with lots of stats concerning the popularity of football. 100 million people watched last year’s Super Bowl between Seattle and New England. 13 of the 14 most watched TV episodes in 2014 were football games.

We know how popular football is, but those numbers reinforce just how pervasive the game is here in the USA.

The film then introduces us to Chris Canales, a young high school football player who was seriously injured in the last regular season game of his senior year. He had the game of his young life, tallying a sack, five tackles, and an interception. This would also be Chris’ last football game of his life.

Chris took his last steps on a football field.

The young man broke his neck and was paralyzed in a nightmarish scene on what looked to be a routine play. I can only imagine the heartbreak from such an injury, to Chris, his parents, and his team. An injury like that touches everyone around it.

We are shown how hard a time Chris has in dealing with his new life without the use of much of his body. His parents’ interviews are tough to watch as they talk about even the tiny details of the struggle that became their life. Chris talks about his depression, speaking of “being stuck in his room.” In fact he was stuck in his body that could not propel him with the ease it once had.

Amazingly it was a trip to a high school state championship football game that sparked a comeback in Chris’ life. During that game a player named Corey Fulbright had a spinal cord injury and was paralyzed. Chris Canales knew he could be of help to this young man because he had been through the same battle that Corey was about to face.

That was the start of Gridiron Heroes. Chris could no longer use his body in the same manner as before his on the field injury, but he and his dad Eddie could be there for others who were hurt playing football.

I wondered as I watched how Chris could even watch football after it cost him so much. But even a broken neck could not turn the young man against the game he loved. Football damaged his spinal cord beyond repair, but the injury opened his heart to others in a way that even Chris could not have imagined.

It was great to see several stars of the TV series “Friday Night Lights” involved with “Gridiron Heroes.” Kyle Chandler and Brad Leland spoke candidly about the foundation and how impressed they were with Eddie and Chris.

It was heartbreaking as I watched several young men filmed in their hospital beds after being severely injured. One thing to see an adult badly hurt, but a teenager with his whole life ahead is hard to shake. Devin Herbert was one such football player. His mom told of having no family close by to help, “So strangers (Chris and Eddie) came and they helped us.”

The film does a good job of not making football into an evil entity. No one suggests outlawing the violent game so many of us love to watch. So many of the paralyzed kids were watching football on TV as they lay in hospital beds.

We do get a look at some trends that are going in the right direction when it comes to football safety. Football does have to evolve or it will die off far into the future. No one with intelligence will send their son out to play the game if it continues to damage so many, both in the short term and in the long run.

Would I let my theoretical son play football? Yes, if that’s what he wanted. The caveat being that he would go to a tackling clinic on a yearly basis to learn proper technique. More and more of these clinics will pop up as the concern over head and spinal injuries grows.

Bobby Hosea runs such camps for youth football, focusing on one thing, proper tackling. This guy was super enthusiastic and a bit of a hard ass to boot, which is good when you are trying to get kids to listen to you.

Proper tackling with the head up won’t stop every football injury, but I believe it goes a long ways in preventing many head and neck tragedies. Hosea is attacking the problem from the bottom up, hoping to set the next generation of football players on the right track. NFLers don’t practice tackling a whole lot, according to Mike Ditka, though the League is evolving mainly due to big penalties and fines for helmet to helmet hits. The change will need to come from youth leagues, and continue through middle and high school.

It’s crazy to think how little emphasis has been placed on tackling in the past twenty years, until very recently. It is a skill that is needed on every single play. How many injuries like the one Chris Canales suffered could have been prevented had more kids been taught proper tackling on a daily basis?

Gridiron Heroes wraps up with Chris talking about how he can walk in all his dreams. We also get a look at a few players that have made huge progress from their initial diagnosis. Eddie Canales was even nominated for the CNN Heroes award back in 2011. 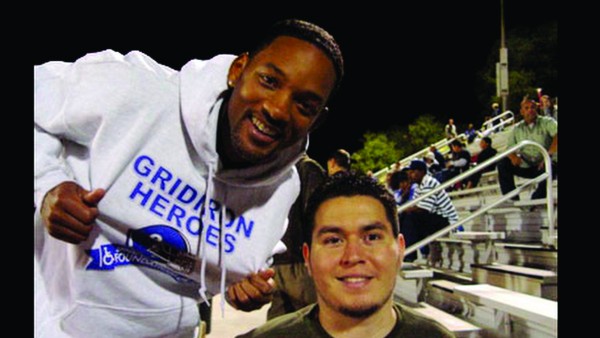 Eddie’s main goal is to have more people in the football community help his organization. Football is all about teamwork, so what better community to join up to help the fallen athletes?  According to their website, 12 vans have been donated by their non-profit organization already. Imagine the burden lifted just by having a proper vehicle for your paralyzed child.

I am always aware of the dangers of football as I watch on Sundays or Friday nights locally. Most plays end with the athletes heading back to the huddle. It’s the rare play that ends with a motionless player that send chills down your spine.

I would never advocate banning a sport just because it’s dangerous. Life itself is dangerous. Yet we can’t sit around in a bubble awaiting death at 100 years old with no memories of fun, competition, victory, defeat, camaraderie, or the thrill of some danger. That would be an empty existence.

Football isn’t the only sport that holds risks, but it is one of the most violent. The most popular sport in America is not going away so all of us who love it best do everything we can to help it evolve into the safest version possible while still remaining true to its gladiator mentality.

We should also do what we can to help those who have been hurt by the game they loved….and still love even now. We go out of our way to cheer on the gridiron heroes we watch in our leisure time as fans. Let us make sure we get behind the truest Gridiron Heroes who are working to help the young men left damaged by football and also those working to protect future generations of football players.

Please check out Gridiron Heroes the film for yourself. I enjoyed it and have an expanded view of the game I enjoy so much.

Also head over to GridironHeroes.org to see what you can do to help.